1. Men's Is Getting More Virtual Real Estate
Well, it's about time, isn't it? Whether or not you're fashionably inclined, you've surely noticed that menswear assortments represent a fraction of womenswear. (It probably looks something like your shared closet space, no?) While accounting for only 25% of the global apparel market, the menswear market size has surpassed $400B. Moreover, its growth in recent years has outpaced that of womenswear. What we are seeing is that between 2016 and 2017, across sectors, retailers added more SKUs to their menswear assortments. How does this break down? 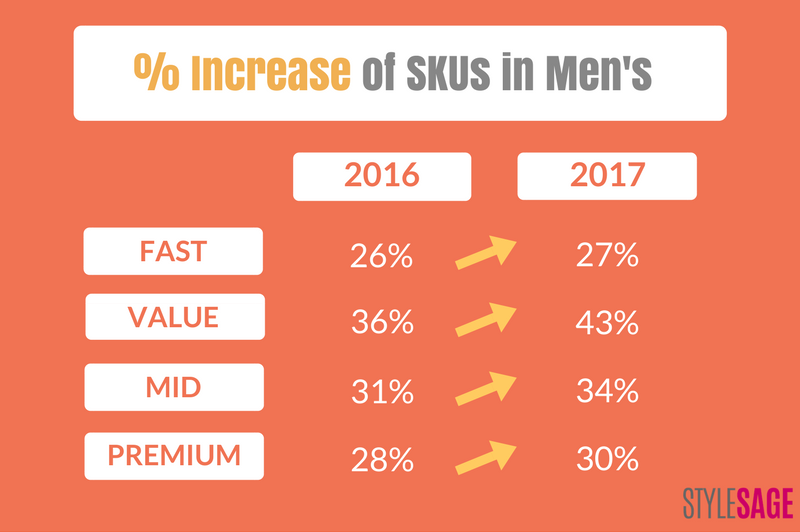 Further building the case for paying more attention to the dudes, sell-out rates for men's versus women's in the fast fashion and mid-tier sectors were nearly identical between genders. In fact, at premium retailers, men's sell-out rates outpaced women's. So there. 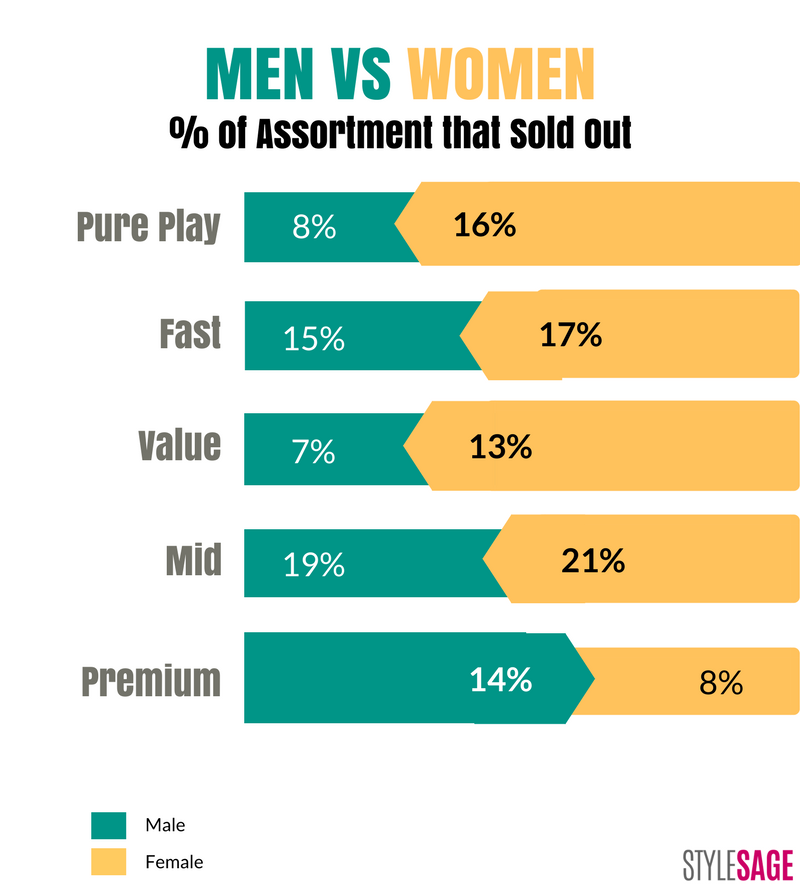 2. Sizing Deserves Your Attention
Research shows that in the United States, 71% of men are reportedly obese, a 10 percentage point jump between the years of 1994-2015. The expanding waistband has far-reaching implications across the supply chain, one of which is size allocation. When we looked at how shirts sized small to 3XL performed, we saw sell-out rates on the upper end of the sizing spectrum matching and outpacing smaller sizes. 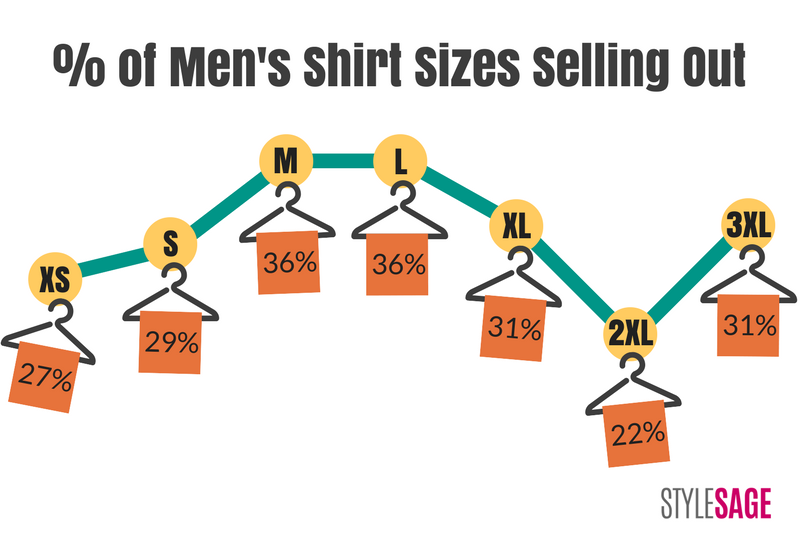 3. Pure Play Men's Retailers Are Offering More Non-Apparel Choices
When looking at assortment opportunities, expanding into accessories has been an oft-leveraged tactic in womenswear, but the same hasn't historically been the case with menswear. An increasingly fashion-aware and willing-to-invest consumer mindset makes menswear accessories a very interesting opportunity indeed. Specifically, we looked at several Pure Play e-commerce brands, and their assortments had higher percentages of accessories than traditional retailers. 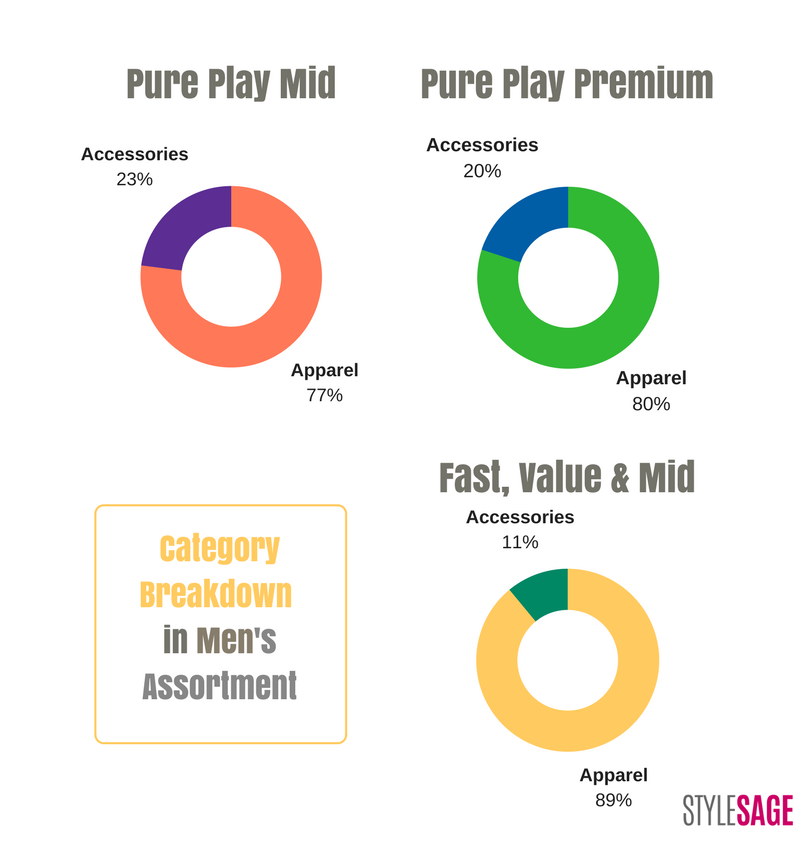 4. Streetwear Is Killing It
Centered around a lifestyle, with a side of functionality, it's an identity many consumers, not just skateboarders and urban teens, are embracing. And the stats we're seeing prove this. Hoodies, track pants, sneakers, and bombers are setting the bar for sell-through even when they're priced at a premium. Check out the cool kids below. 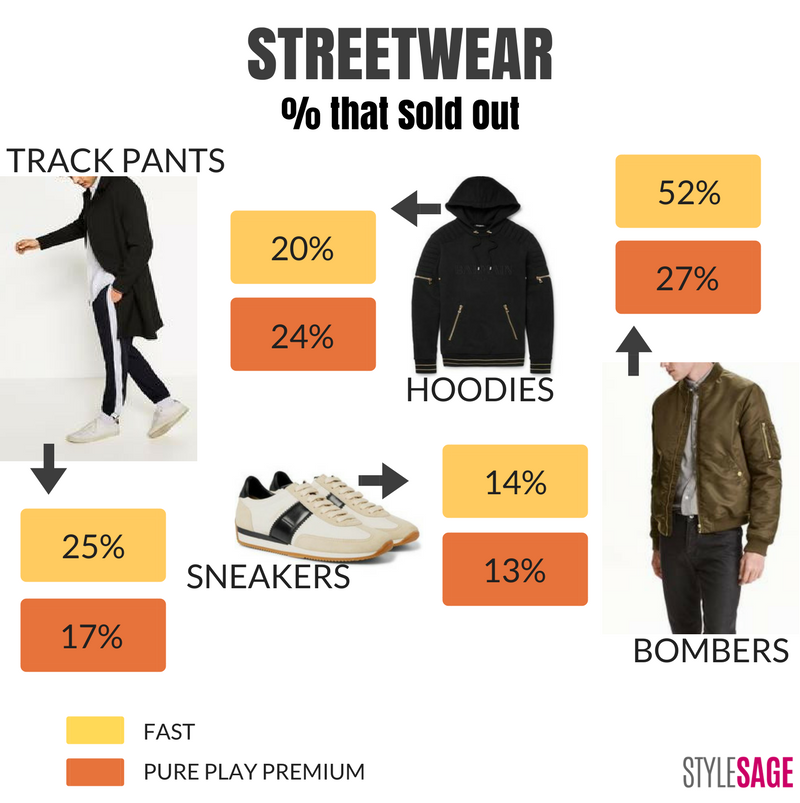 5. Response to Discounting Activity is Similar Between Genders
We saw a statistic that said men are less interested in discounting, but what does the e-commerce data say? We saw items selling out at full price at similar rates between men's and women's categories. We did, however, see higher sell-through in men's at mid-tier department stores. This makes sense when you consider these stores have a shopper who skews older and thus a bit more traditional in the sense that they buy when they need it, period. 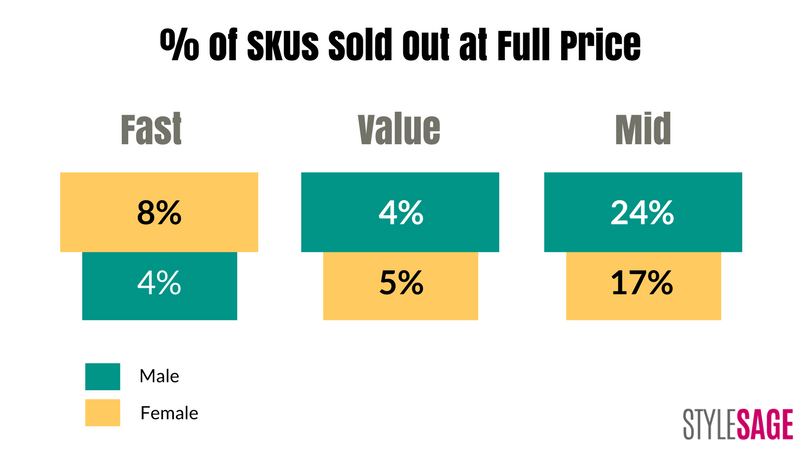