Jeff Bezos kicked off work at Amazon's new $1.5 billion airport development near Cincinnati. The company plans to take greater control of its shipping process and become less reliant on carriers such as UPS, FedEx, or the US Postal Service as it seeks to cut costs and speed up delivery times. This will be especially pertinent to its plans of one-day shipping for Prime members.

Bezos, who reportedly made a surprise appearance at the opening, hopped aboard a front loader to lift the first pile of dirt."If you're wondering, that's fun," the Amazon CEO said after stepping down from the machinery.

Amazon agreed to a 50-year lease for more than 900 acres of property from Cincinnati/Northern Kentucky International Airport in 2017. This space is close to the size of the global hubs of top cargo airlines, according to the Associated Press. 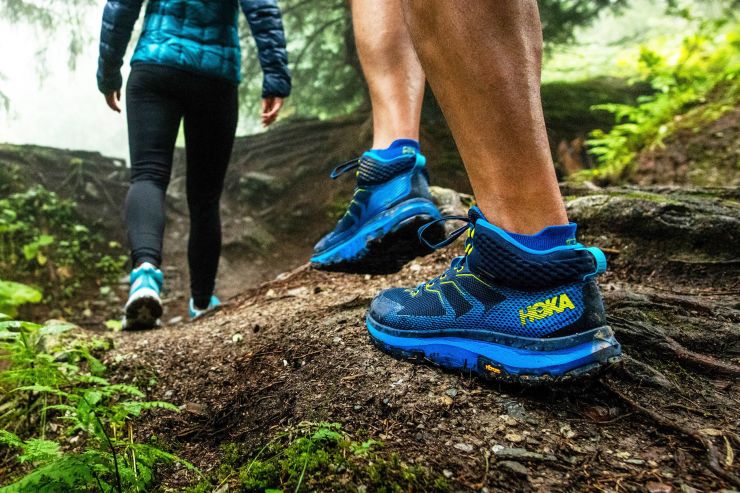 Gorpcore continues to trend, a recent hike in Ugg on Deckers stock shows. The brand is receiving a welcoming boost from its increasingly popular sneaker brand, Hoka. It’s gaining in popularity amongst younger shoppers, largely because it’s inked partnerships with trendy, up-and-coming retailers like Engineered Garments and Outdoor Voices to get its products in front of millennials.

Rapper Kanye West — who boasts his own line of Yeezy shoes by Adidas — was recently spotted donning the Hoka boot. The style immediately sold out online.

Partnerships and organic promotion have nudged Hoka further into the lifestyle shoe category, which has been growing faster than performance shoes in the U.S. More and more consumers are turning to sneakers, not for trips to the gym, but to wear around day to day.