$3.45B online sales. In one day. In the US, this year's Cyber Monday was the biggest ever and has resolutely dethroned Black Friday, by $110M to be exact. This comes as a surprise to few, but here's what you need to know as you look at this holiday's opportunity through a global lens.

We know each market has its nuances, so we looked at millions of SKUs in five global markets to understand where there trends are universal versus more localized.

Bigger differences were noted as we examined the European market; the UK, Germany and France offered 25-29% of their assortments at a discount, but they kept the amount off similar to the US and Canada markets (33-40%.) 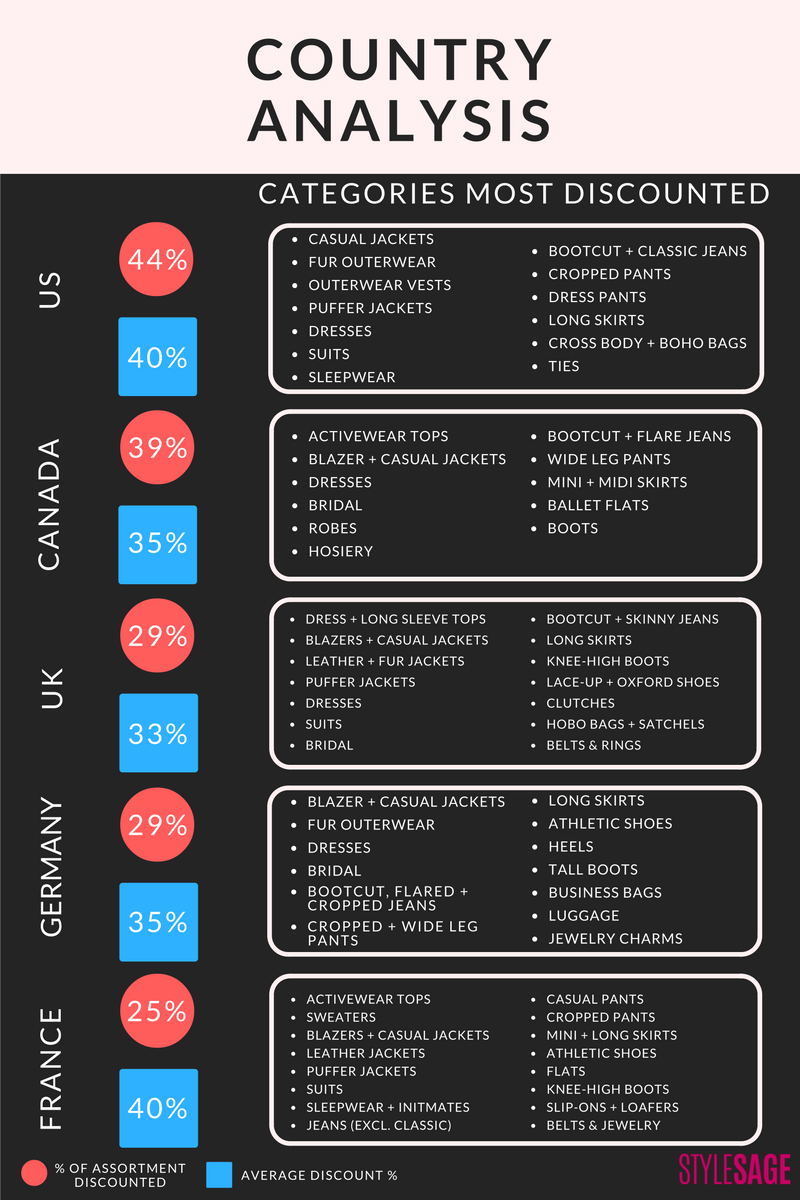 Canada saw more discounts in flats, activewear tops, and mini and midi-length skirts. In the UK there was pronounced discounting in accessory categories like jewelry, belts, clutches, and casual bag styles. For Germany, prices on shoes styles got the axe, including tall boots, heels, and athletic footwear. Last but not least, discounts in France cut across a wide swath of categories, including jewelry, bottoms, outerwear. In particular, there were elevated discounts in the sleepwear and lingerie categories, which was unusual when we examined patterns in other markets.

At What Point Do Items Sell Out?

A discount incentivizes purchase, right? Well there are nuances to this, and our research on US sales during the holiday weekend shows that there were only four percentage points difference in what sold out at no discount versus what sold out at a 40% discount. We noticed that the biggest increase in sell-out rates were when discount off amounts moved from 40% to 50%, but they actually dipped slightly when moving from 50% to 60%. See how this plays out below. ![graph](https://gallery.mailchimp.com/106f1e2d650b8a12647c61682/images/167d3420-433e-4124-87a5-90e30009307d.png) 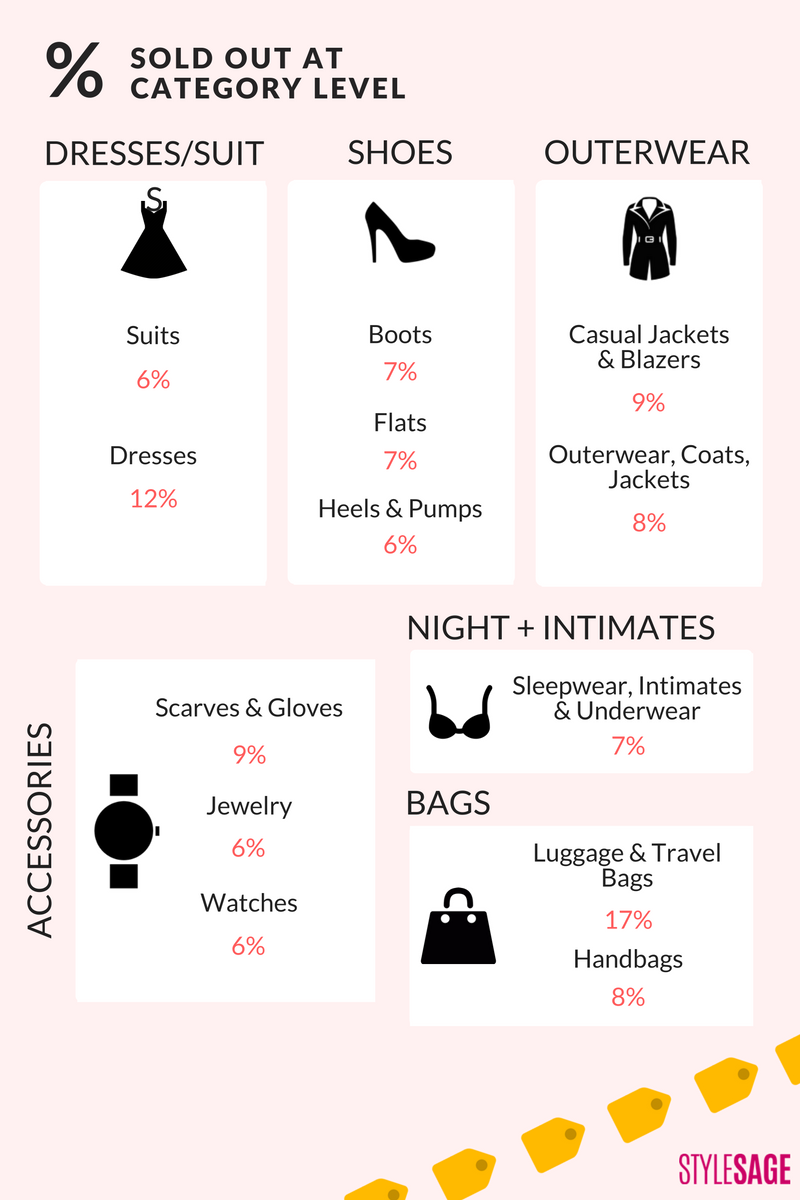 These category and market highlights should help illuminate where you should start taking discounting opportunity in order to preserve margins through the end of this selling season. And now you know what you're receiving as a holiday gift!