Bibimbap. Ginseng Chicken. Kimchi. K-drama. K-beauty. K-pop. The list goes on for all of our favourite things (and mine are exactly in that order) from the land in the far east. However scary it may be, let’s put North Korea and Kim Jong-un aside and focus on the shining cultural hotspot that is South Korea, the origin of the all-encompassing “Hallyu wave” phenomenon within the last decade.

“Hallyu” is a literal translation to Korean wave. The word itself encompasses the spread of everything Korean, from television, film and music to cuisine and fashion to other parts of the world. It all started with Korean television dramas gaining popularity in China, thereafter making an inexorable spread to the rest of Asia. The South Korean government provided much funding to develop the country’s media, entertainment and creative industries in hopes of producing a cultural renaissance and creating a new exportable industry to boost the economy.

Eventually, the diaspora of Korean communities also provided a catalyst for growing popularity of Korean cultural products in the West. Think about our very own Korea Town in NYC or your local Korean restaurants and cosmetics stores in your city. With Youtube as the main medium for spreading Korean shows and music videos, the wave continued its spread worldwide in the 2000s. According to the Korea Trade-Investment Promotion Agency, the value of Korean cultural exports in 2015 totaled to an impressive USD$2.82 billion. That is a force to be reckoned with.

As we draw out our inner coach potatoes and immerse ourselves in front of Korean-streaming websites for dramas, reality tv and music videos, we find ourselves with a burning question:
“What are these stars wearing? They’re absolutely killing it!” That South Korea has managed to fashion itself a niche coined “K-fashion” is an achievement in Asia. It pushes Seoul forward onto the Western-dominated international fashion stage alongside the lonely likes of Tokyo. I may have horrible facial/name recognition skills, and I still can’t successfully differentiate most Korean pop stars from one another, but I’ll bet my entire life’s fortune (okay, so it’s just a 3-figure savings account) that the millennial generation will recognise these Korean superstars as the movers and shakers representing Korean fashion internationally: 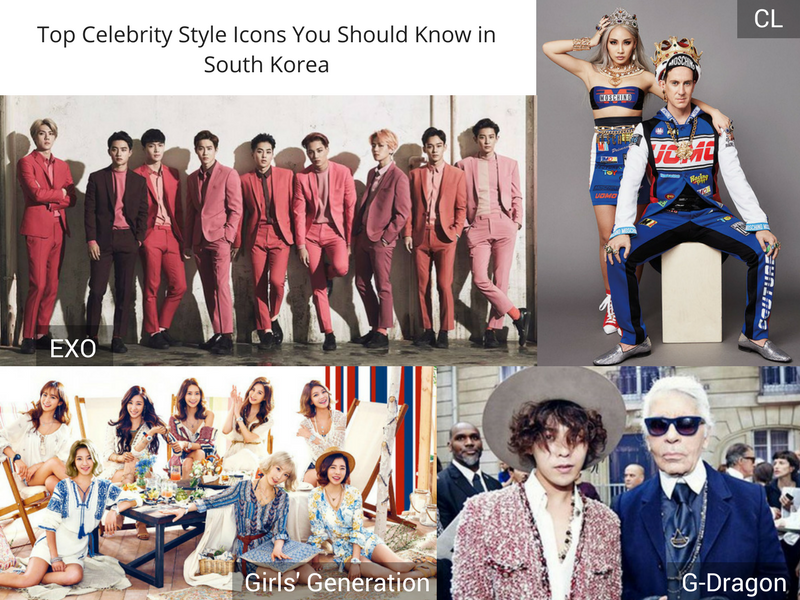 As the supernovas of the Korean wave, these celebrities pull in millions of fans around the world. G-Dragon and CL are the first South Koreans to be publicly identified as muses of high fashion designers like Jeremy Scott and Karl Lagerfeld, which just goes to acknowledge the tremendous soft power they have over the millennial generation.

The advent of Seoul Fashion Week in 2011 is another marker of Seoul’s transformation into East Asia’s second fashion capital. The recent season received rave reviews not just for innovative designs on the runway, but for the fantastic street style show put on by local attendees. Here are some of the common themes from the fashionistas outside of the catwalk: punk, pop culture, neon, unisex and couple wear. 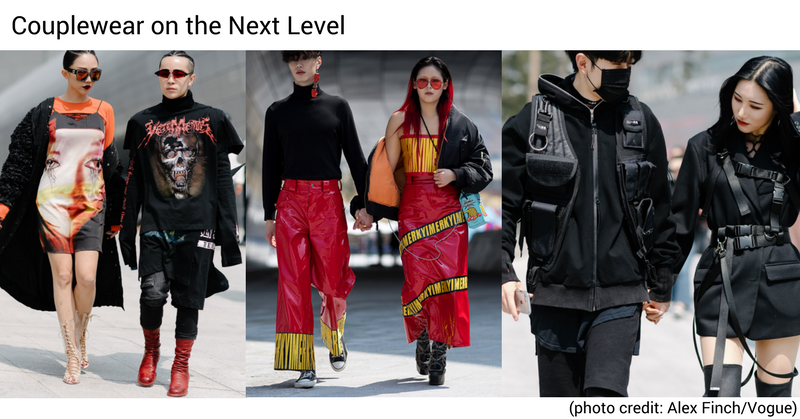 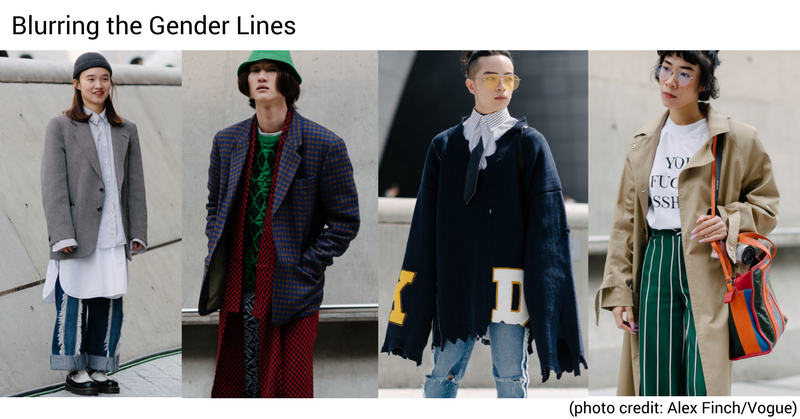 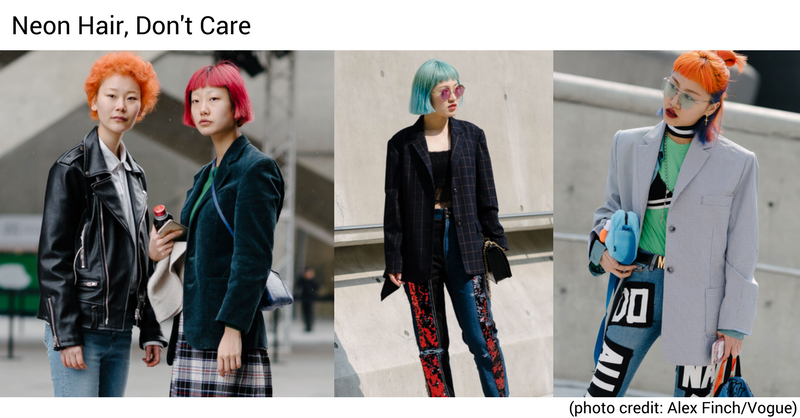 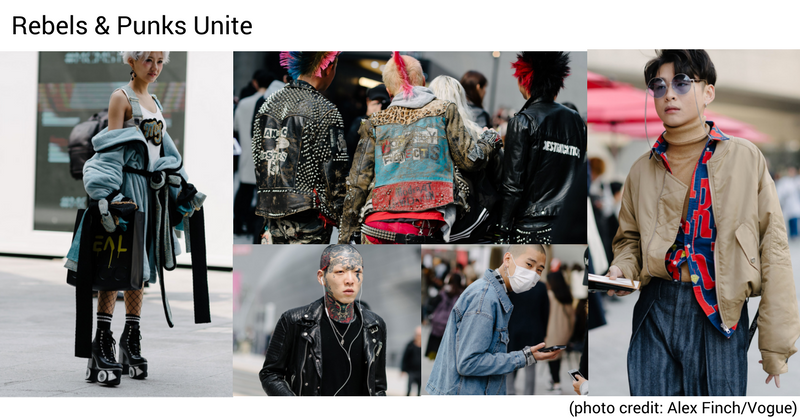 But it’s not just adults that are bring their stylish A-game and making a name for themselves on the international fashion week scene. Get ready to hold in your squeals as I unveil the real highlight of Seoul’s Fashion Week street style. 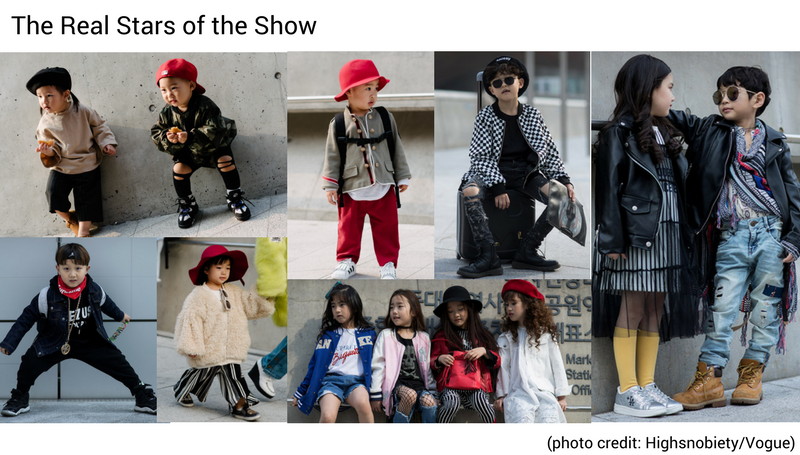 Cue the coos and the awwws. The striking difference between Seoul Fashion Week and the Big 4 is how local brands capitalize on this opportunity to get much needed PR with mini-models. I can see why, who can resist a cute smile and chic clothes on anybody under 3”2?

So before I leave you, here’s two beginner’s sites where you can explore k-fashion to your heart’s content. Stylenanda.com is THE website to go for mainstream k-fashion, but if you’re looking for expressionist streetwear, then Ader Error might just be the brand for you. Also, stop fretting about shipping from South Korea. Sites like Genuine People, Storets and Loeil specialise on bringing Korean trends to the US consumer with minimal fuss, quality fabrics and competitive price points, so just jump right into temptation and fill your closet with all things Korean!

Other posts by Jacqueline Goh