The footwear industry had a difficult 2020. Lockdowns meant most occasions for footwear went out the window, while styles like slides were the easiest choice for quick jaunts outside. In fact, NPD data shows that even athletic footwear sales declined by six percent in the US during 2020. While experts expect the footwear industry to stabilize through 2021, it's worth looking back to see where footwear categories have been and where they might be headed.

"Slides" are most searched by consumers

A good starting point is examining what consumers are looking for in a given category. Our Trend Radar shows what's growing or decreasing in search volume, down to relevant category details. From the left, you can see the trends growing at the highest rate, and as you move to the right, below the x-axis, you see those declining in search interest. The larger the bubble, the greater the overall number of searches. 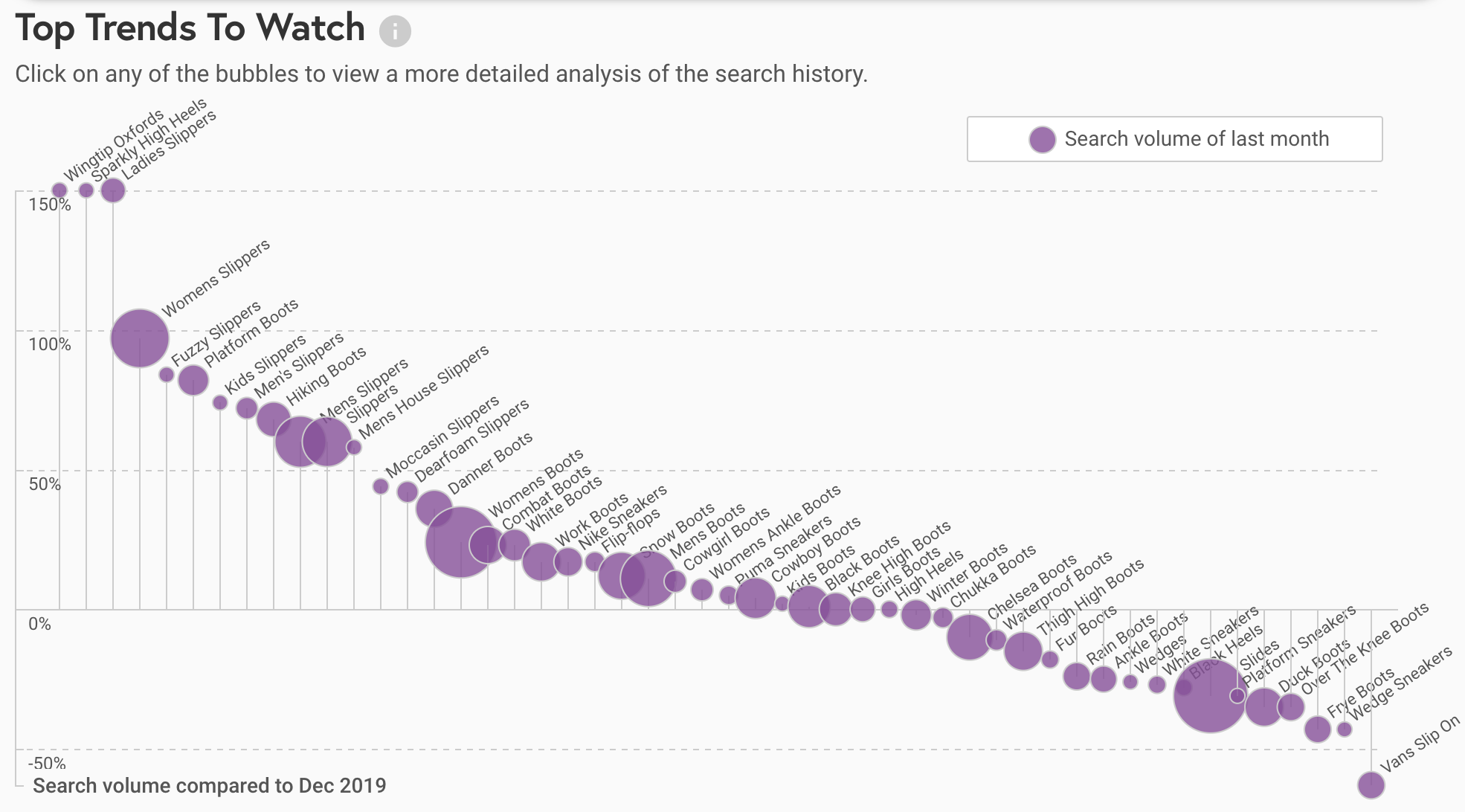 Newness has been declining in shoe categories for some time

One way to understand where a category might be headed - and how it might have recently performed - is to look at new product introduction rates. 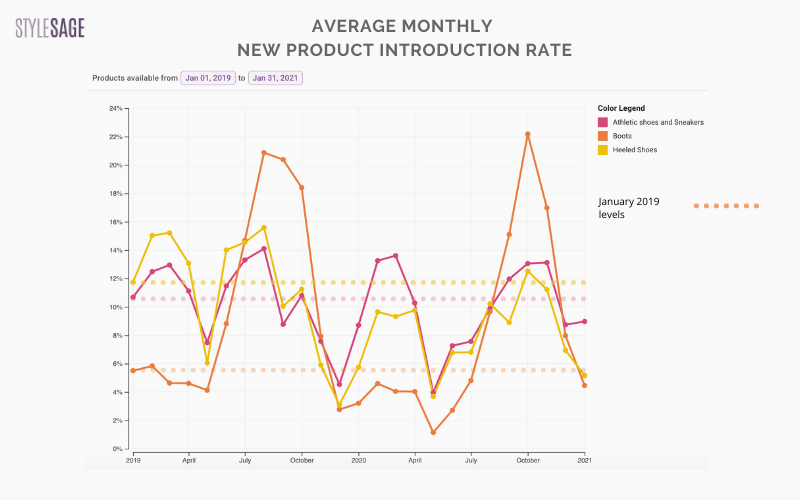 Another interesting phenomenon is that retailers delayed introducing boots into their assortments in 2020 (understandably so), waiting for October to dial up category newness. Compare that with 2019 where August and September had the most new products introduced in the boot category.

One tool that retailers often utilize to move aging inventory is the discount. And with much of the footwear category depressed throughout 2020, discounting was frequently utilized. 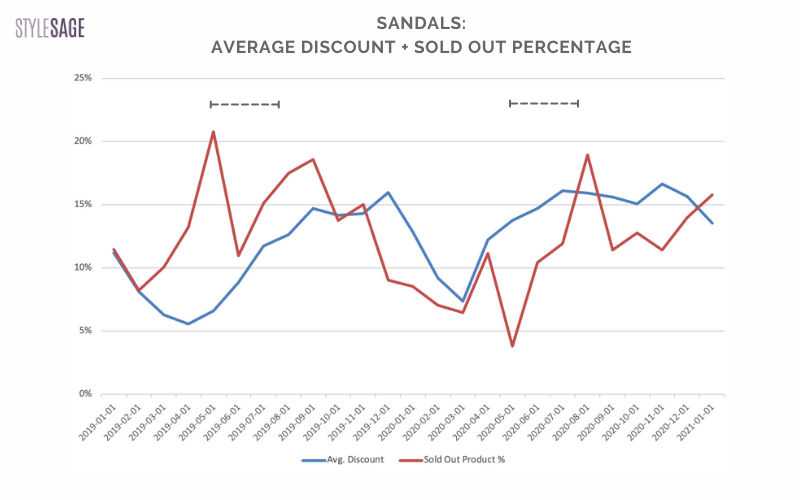 We wanted to see if there was any relationship between discounting and subsequent sold-out product rates. For this example we used sandals, a summertime footwear staple, to see what these category dynamics looked like. During the peak selling period for sandals, May-August, average discounts in 2019 were 10 percent, while the sold-out rate averaged 16 percent. However, in 2020, the average discount during this same timeframe increased to 15 percent, while the sold-out rate decreased to 11 percent. This tells us that in 2020 increased discounting wasn't enough to balance out depressed demand for the category.

It's good to be Dr Martens and Birkenstock 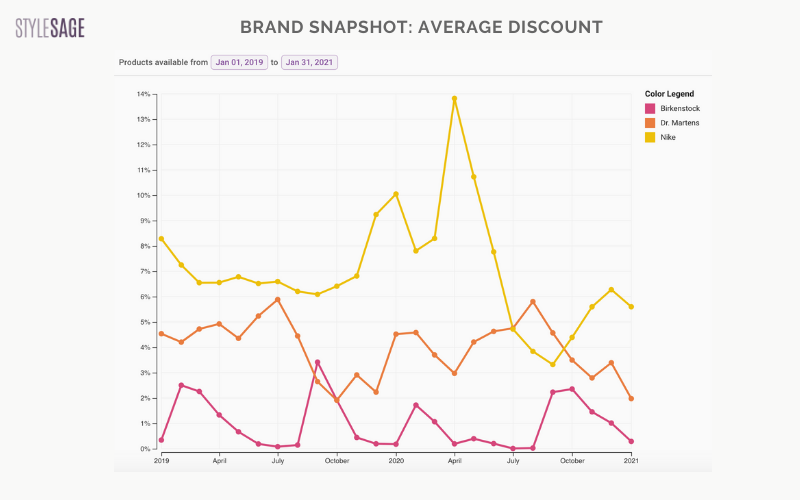 The outstanding performance of these brands can be attributed, not only to a continually interesting product, but a mindset of being nimble and responsive to the times.

So what shoes are you wearing most these days? And which shoes are you planning on wearing out when you get the chance? Let us know here!