Leave it to the Italian city to remind us just what we'd been missing during those long and design-starved months of COVID.  Between September 21-27, the Milan fashion schedule was packed with vibrant and daring looks for the Spring/Summer 2022 season.

So who and what will be influencing wardrobe choices next Spring?  We're taking a look at key forward-looking themes picked straight from the Milan runways.

Space travel has not only made the headlines of late, it has also made its mark on designers' thinking for SS22.  Clear examples of this influence could be seen in Tod's Jetson's inspired minidresses and Blumarine's utility pants and bombers. Sportmax's metallic utility pants with suspenders could just as easily be imagined on NASA astronauts as they were on the Milan runways.  Could it be that space travel is fashion's next frontier? 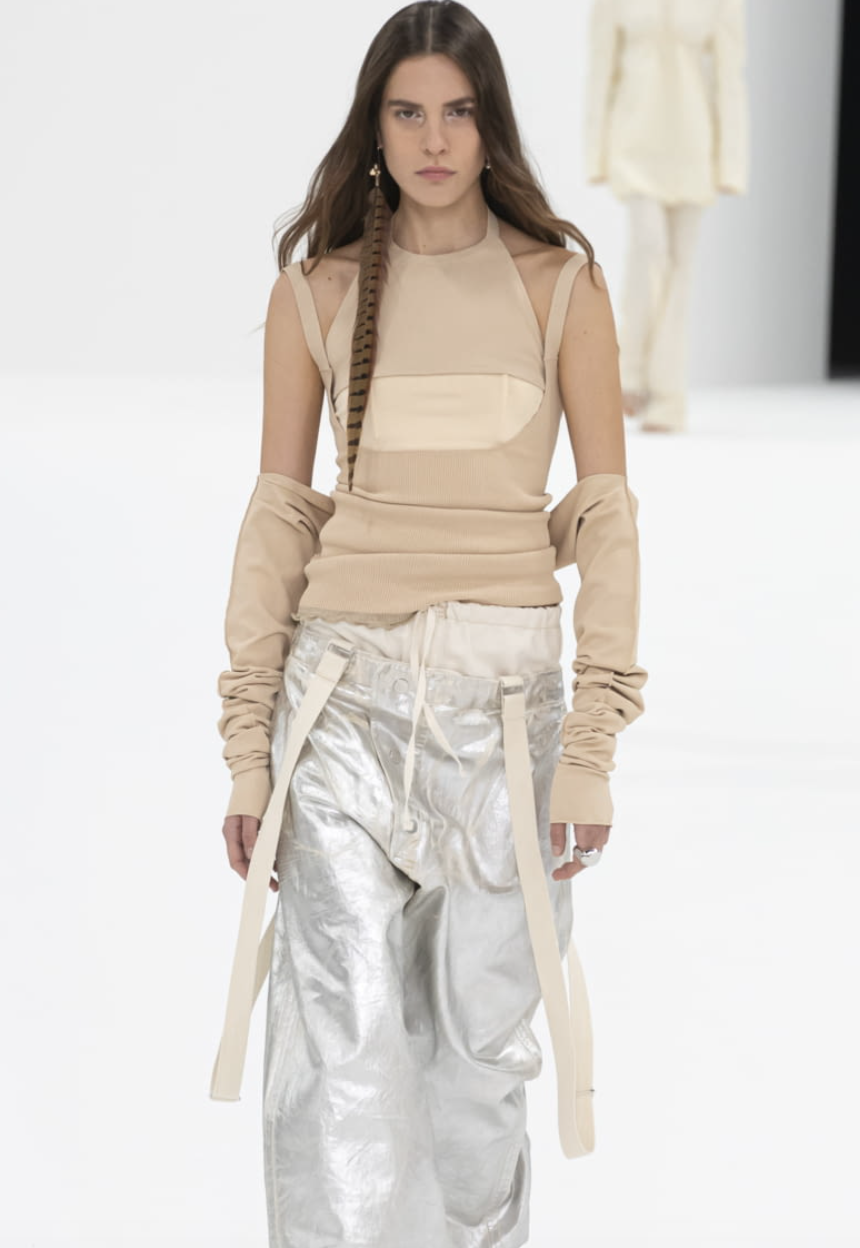 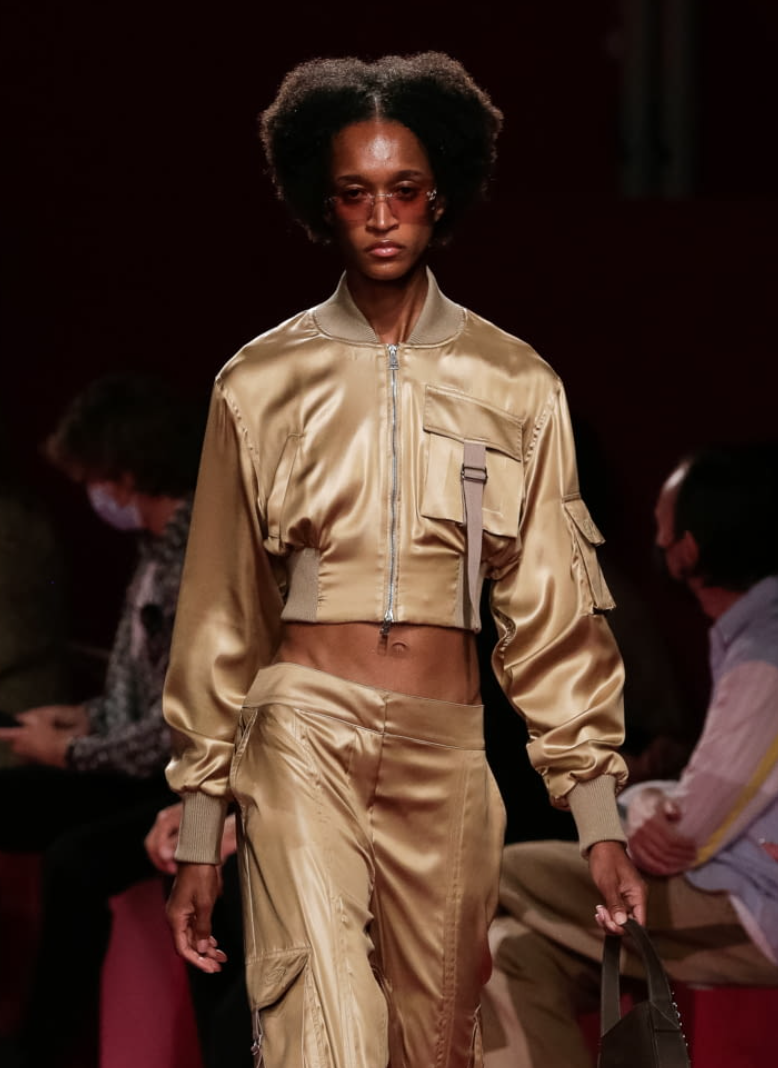 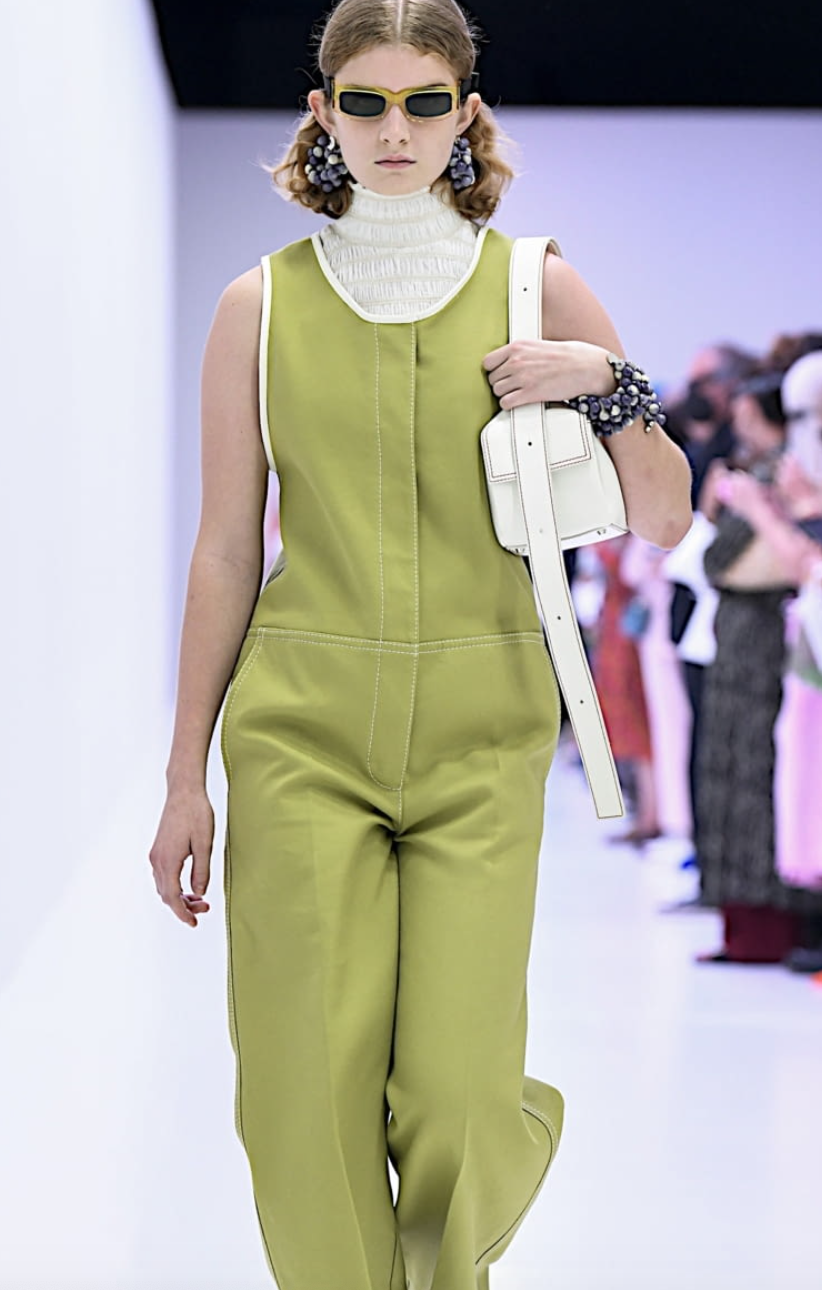 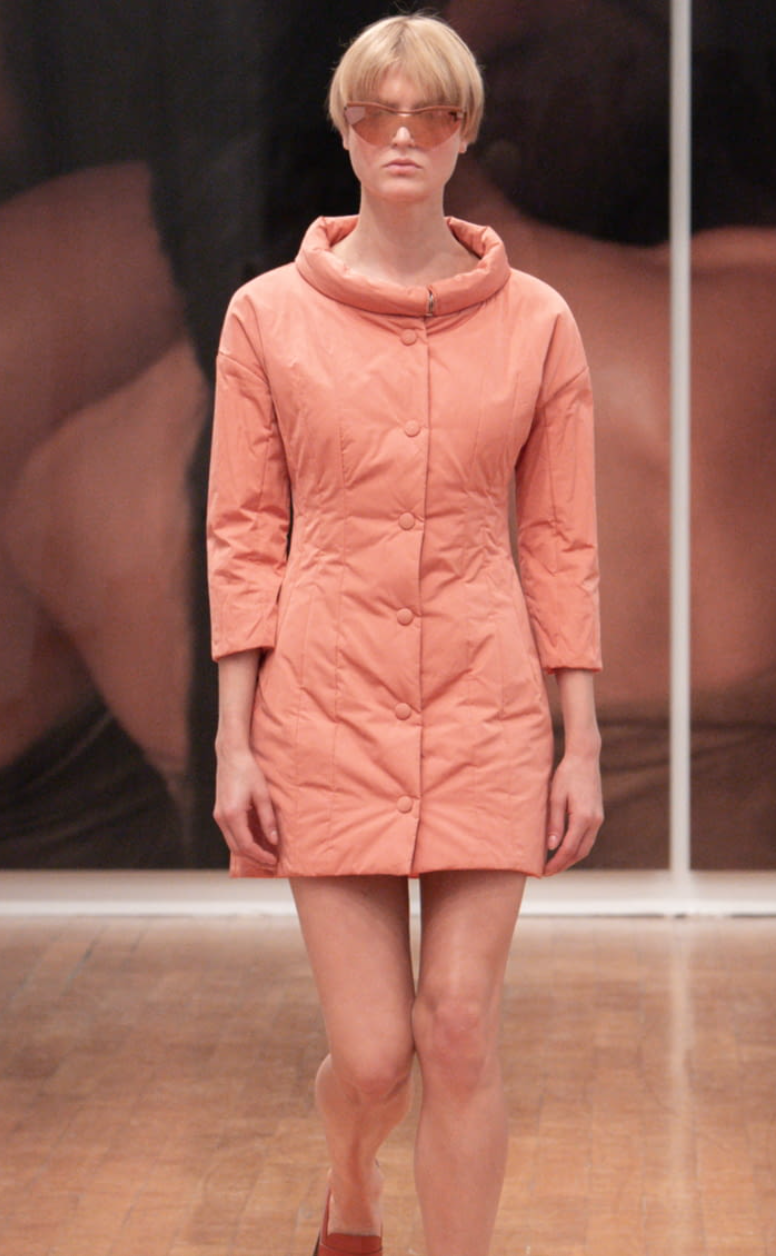 The Bra as Top

We've already talked about how sexiness was front-and-center across the London and New York runways, and Milan followed suit in its own fashion.  Its take on the sexiness trend saw the bra emerge as standalone top, styled by itself, or visibly layered underneath a blazer or revealing dress. 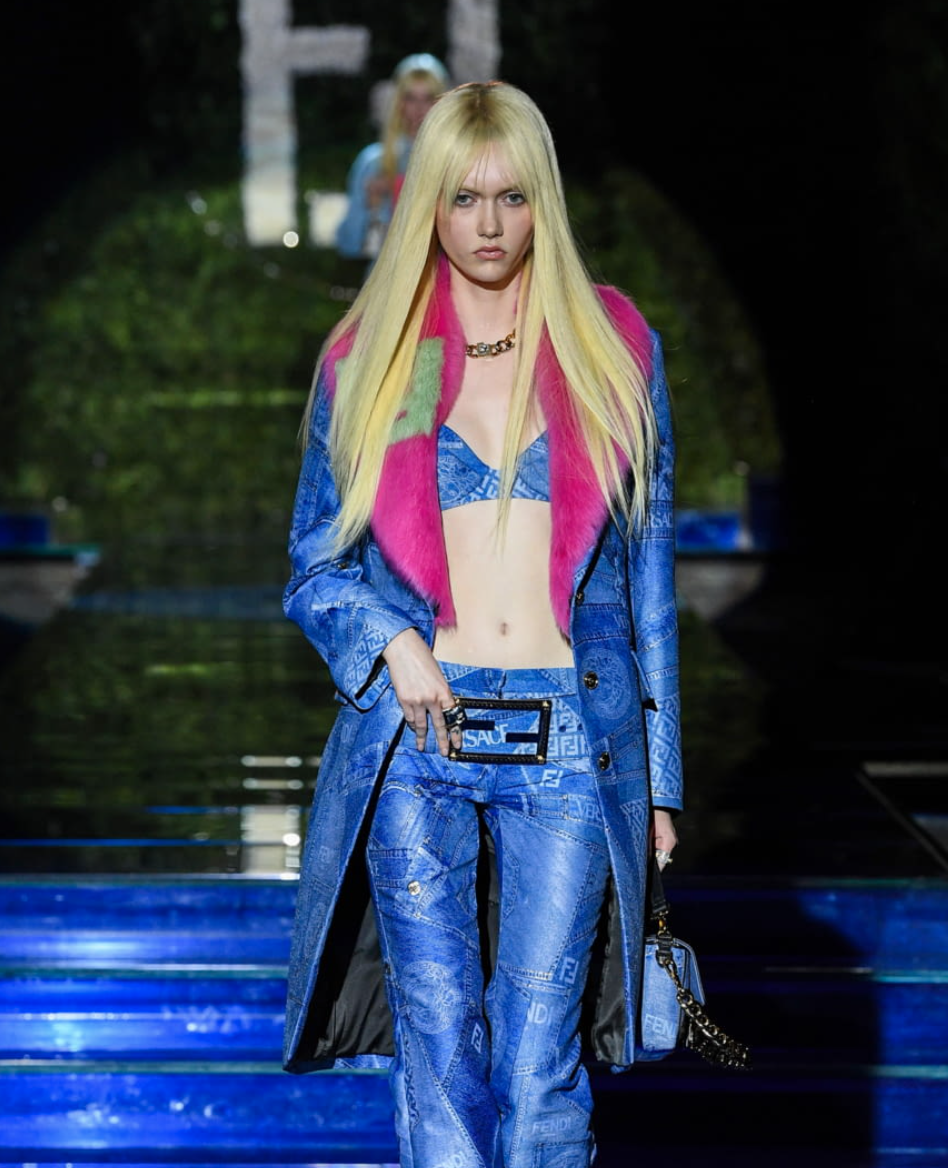 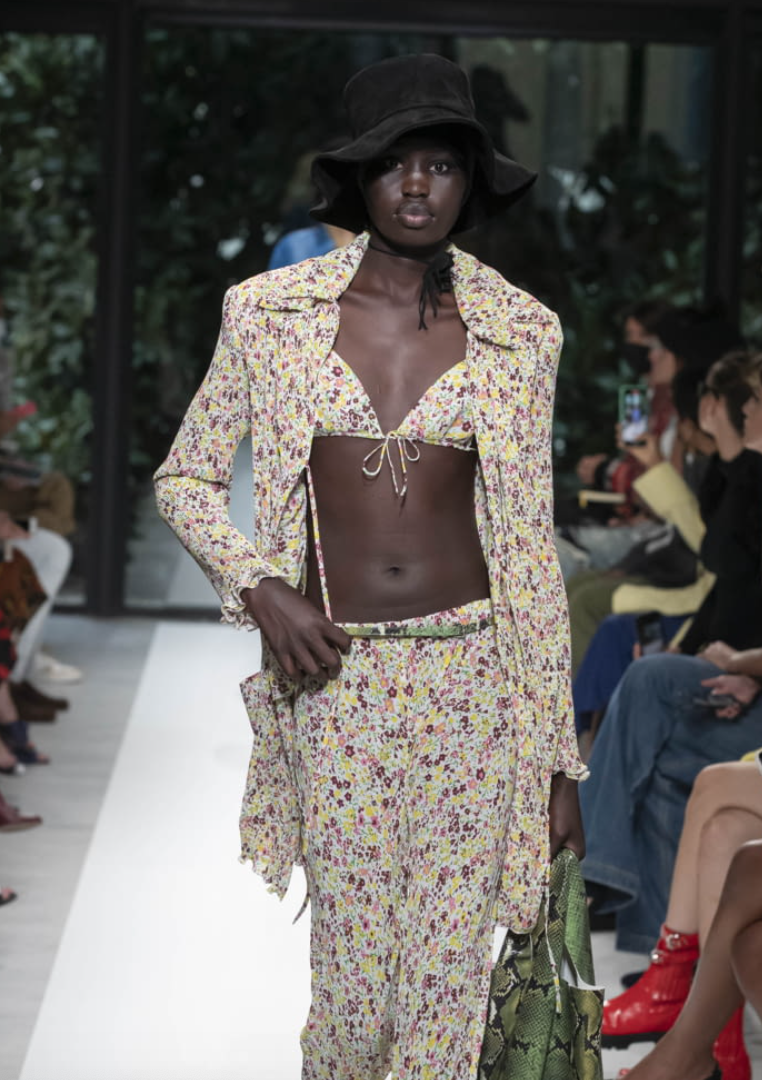 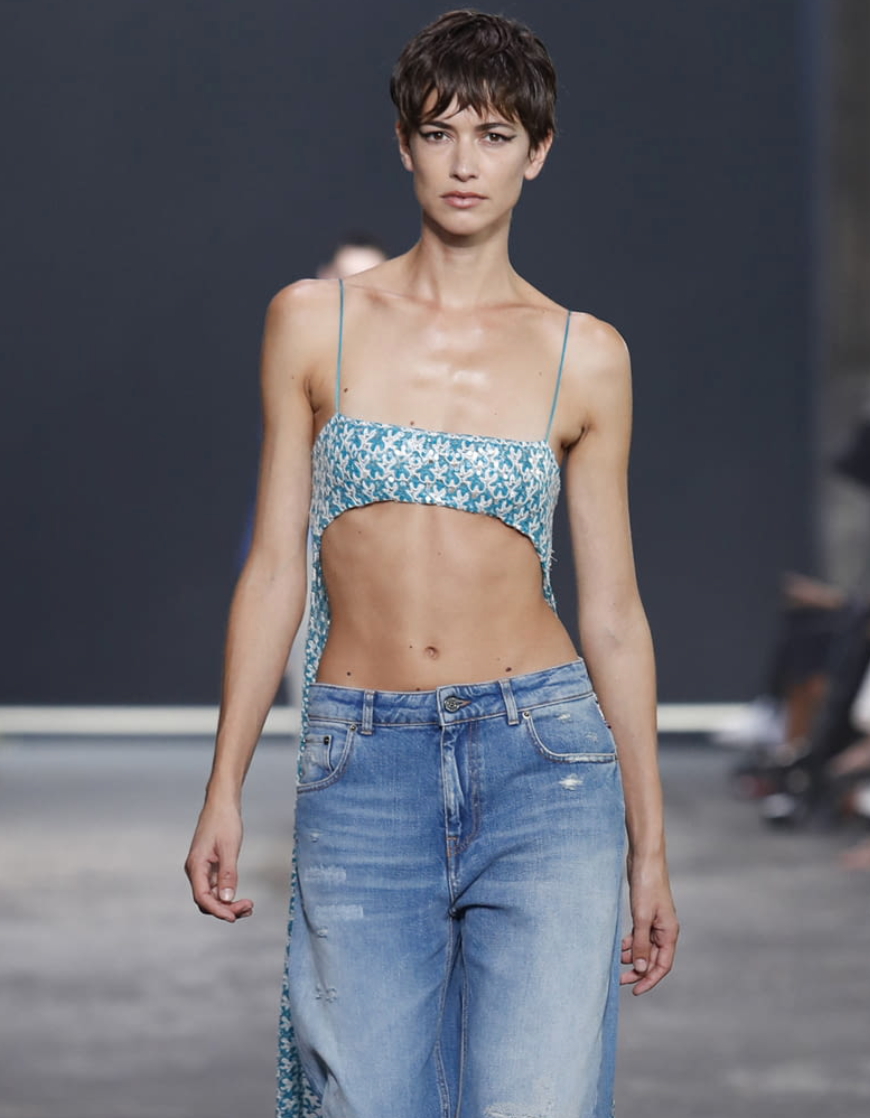 While some designers took to outerspace, others stayed a little closer to earth with their inspiration.  And it should come as no surprise, that classic Italian racing themes should make an appearance on Milan's runways. Look to Marni and Blumarine for examples of updated moto jackets.  And we've already seen mainstream adaptation of checkered prints, and MM6's colorful versions are sure to be winners. 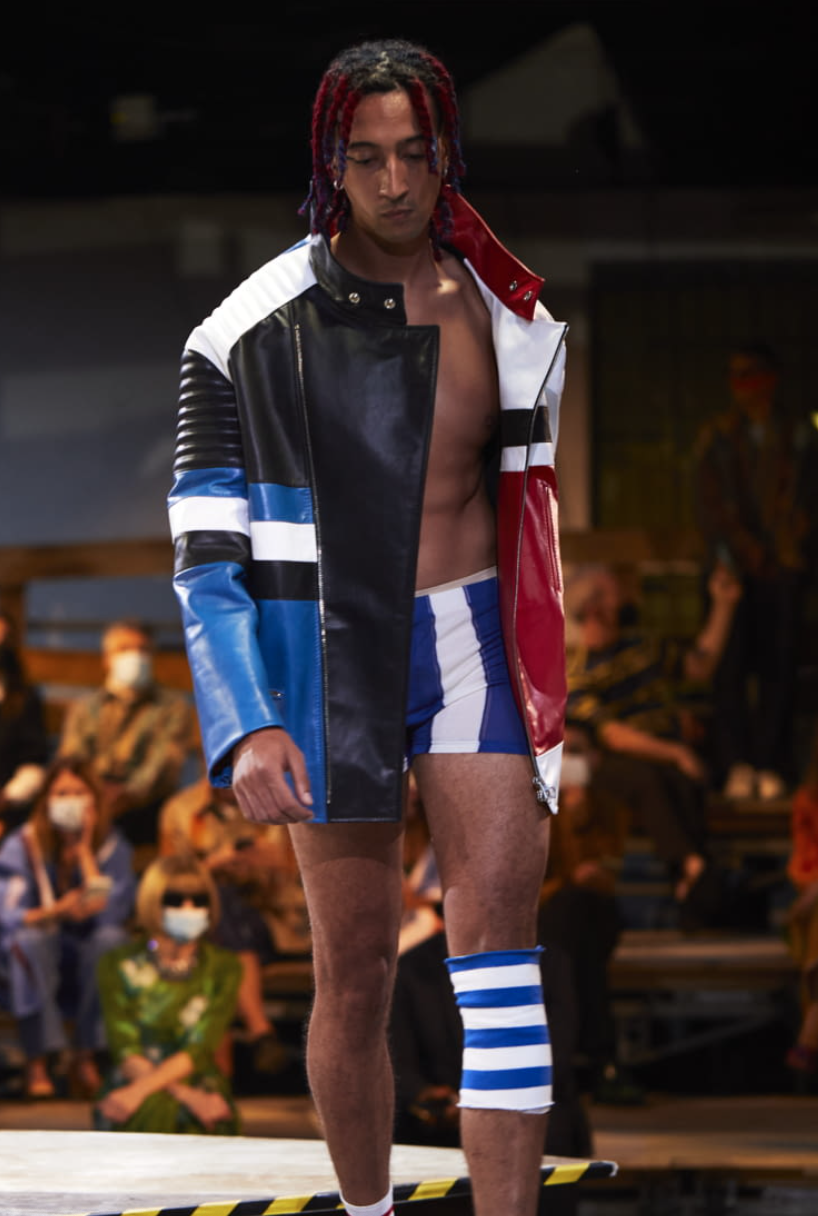 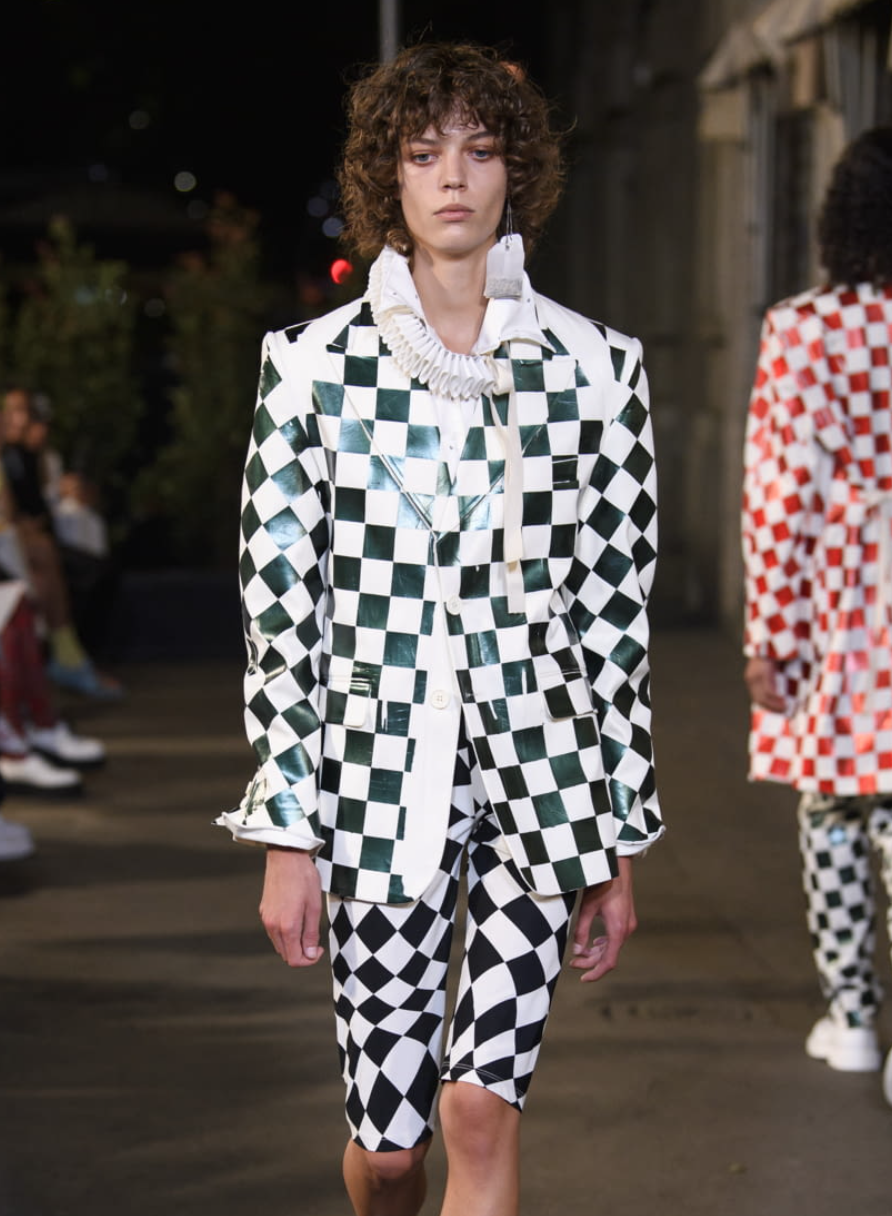 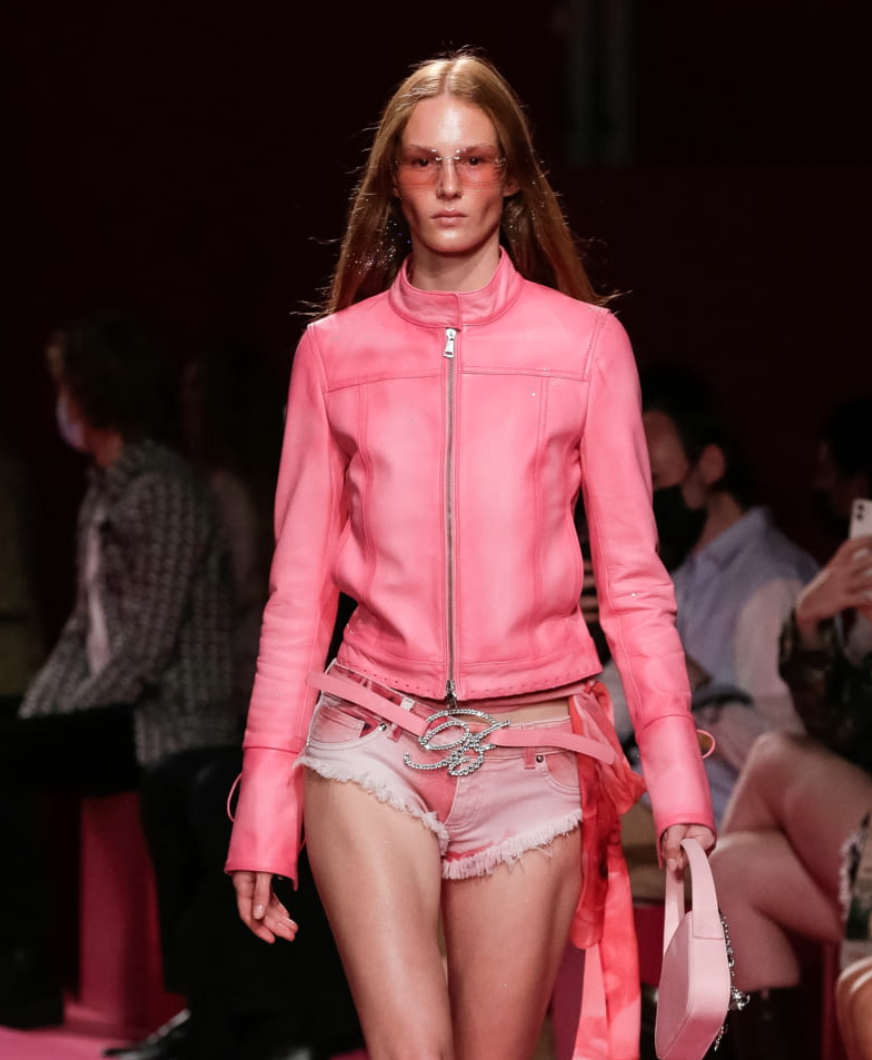 Part of the new theme of sexiness is its intersection with comfort and ease.  One way that designers expressed this is via slouchy, flowing trousers.  We already know relaxed, wider-leg styles of trousers are trending, and Milan's designers leaned into this trend with luxe fabrications. This style gets extra props for its ability to be both dressed up and down. 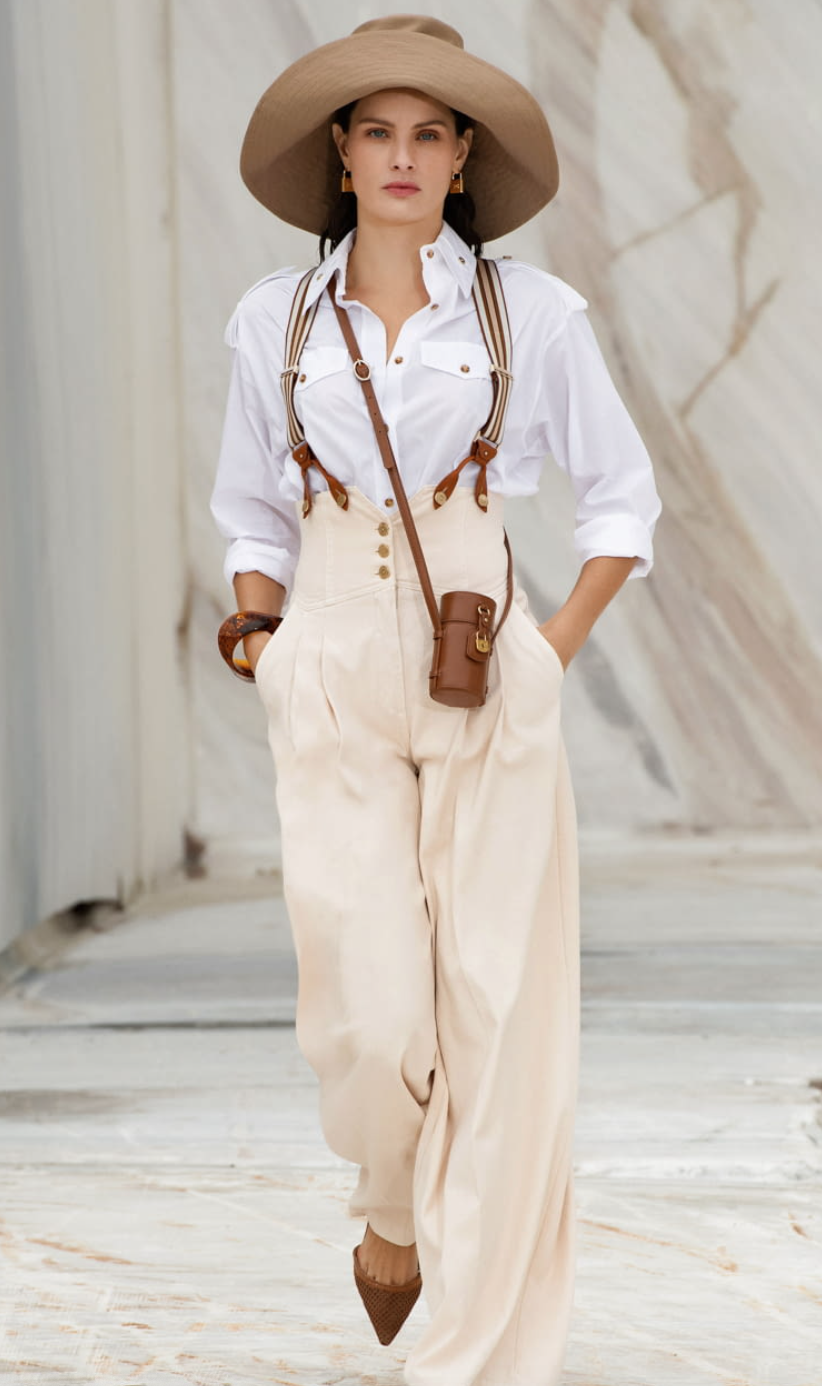 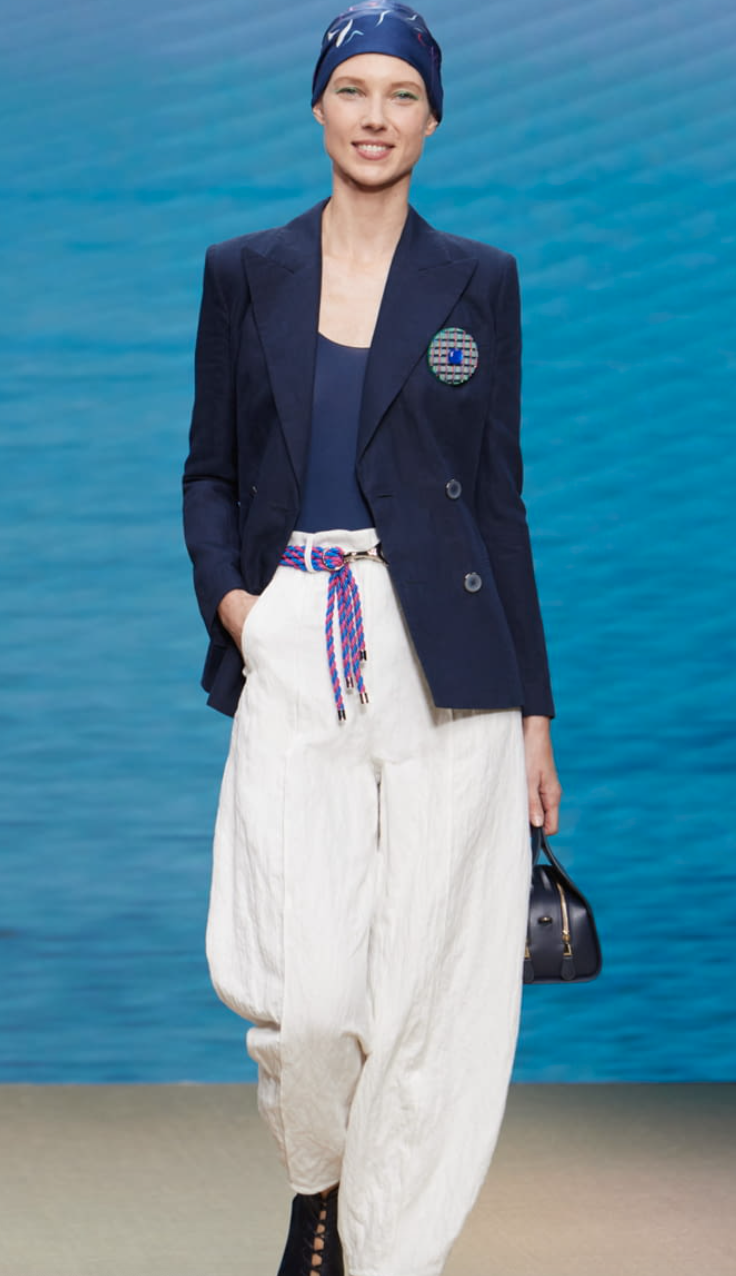 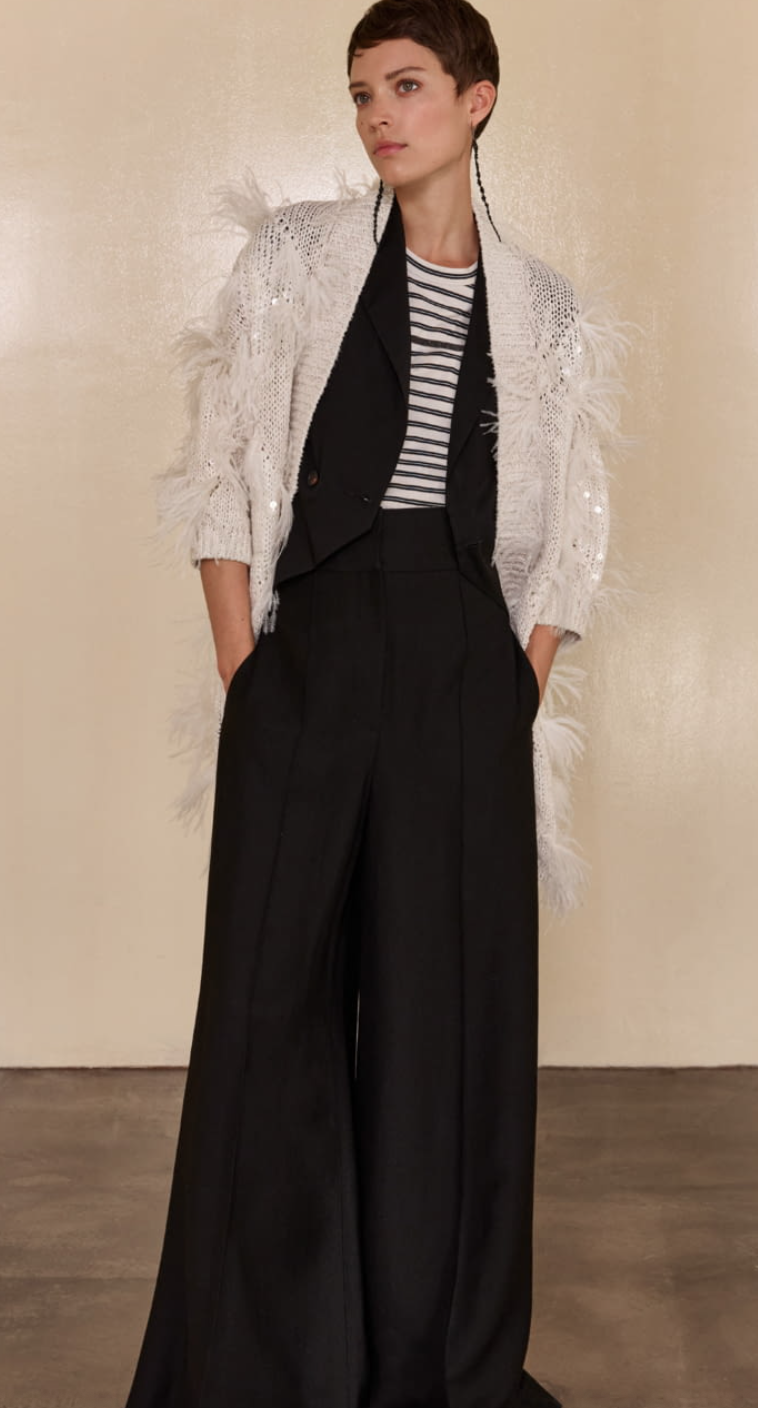 The warmer months often signal the transition into breezier materials - lace and eyelet being classic examples of that seasonal shift.  Milan brought Victorian influences straight to the future, with geometric lace patterns a la MSGM, western influences at Philosophy, and by adding extra dimension to lace material with feathers, like Ermanno Scervino did. We anticipate we'll see more designers giving lace and eyelet the modern touch in SS22. 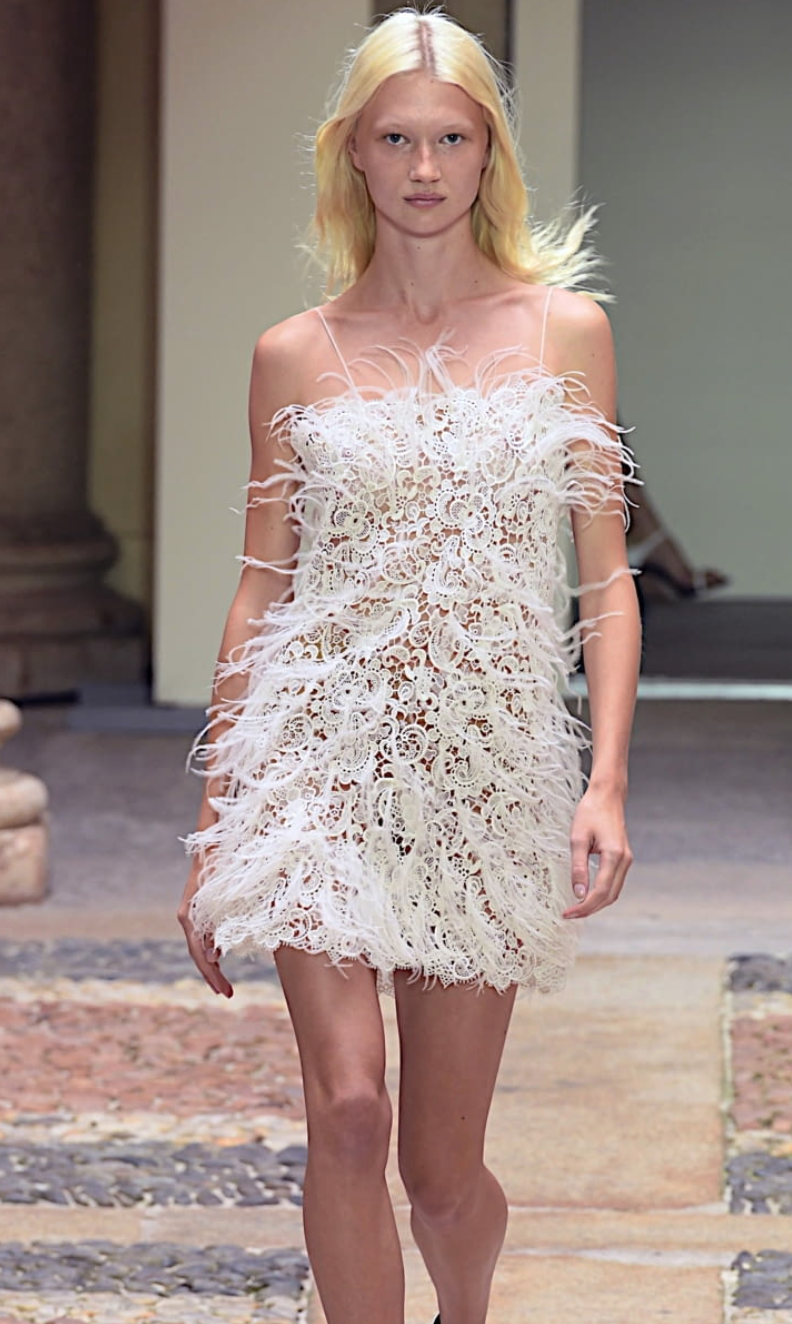 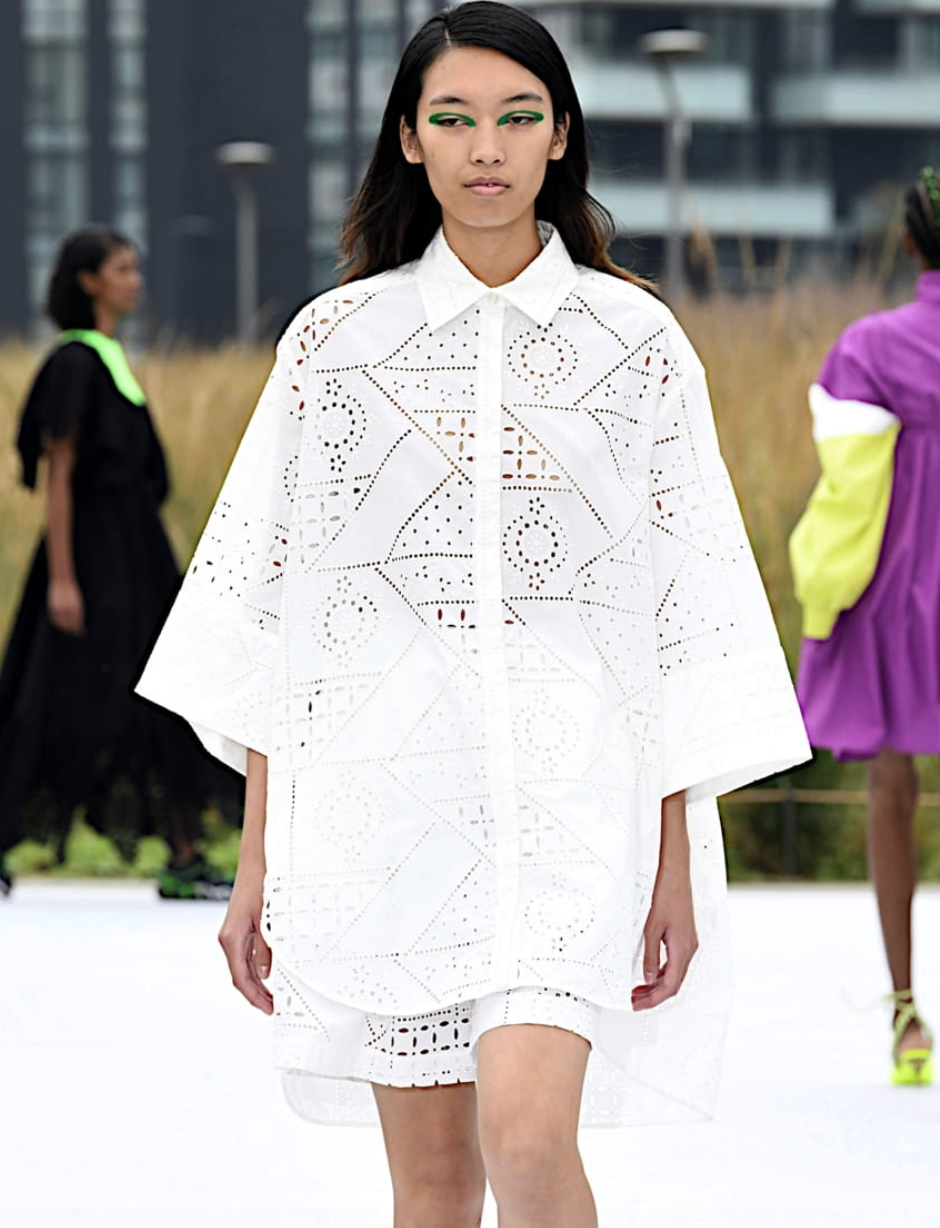 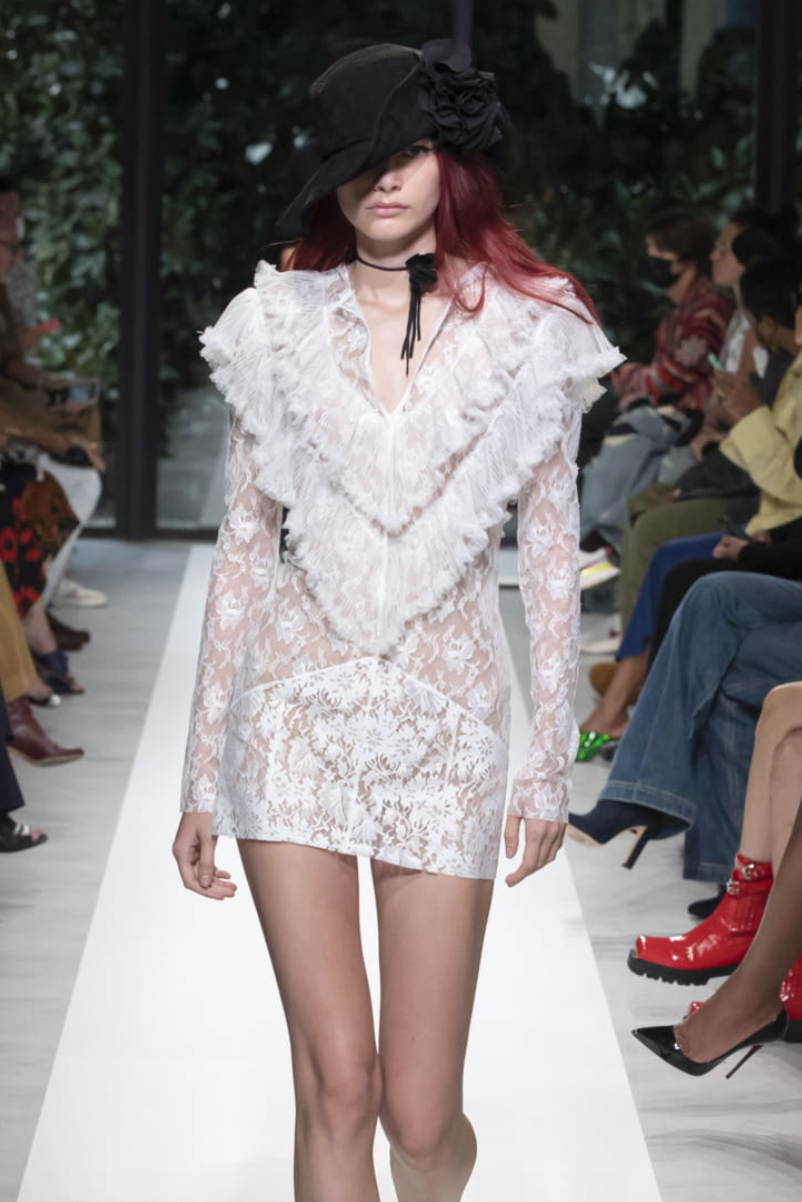 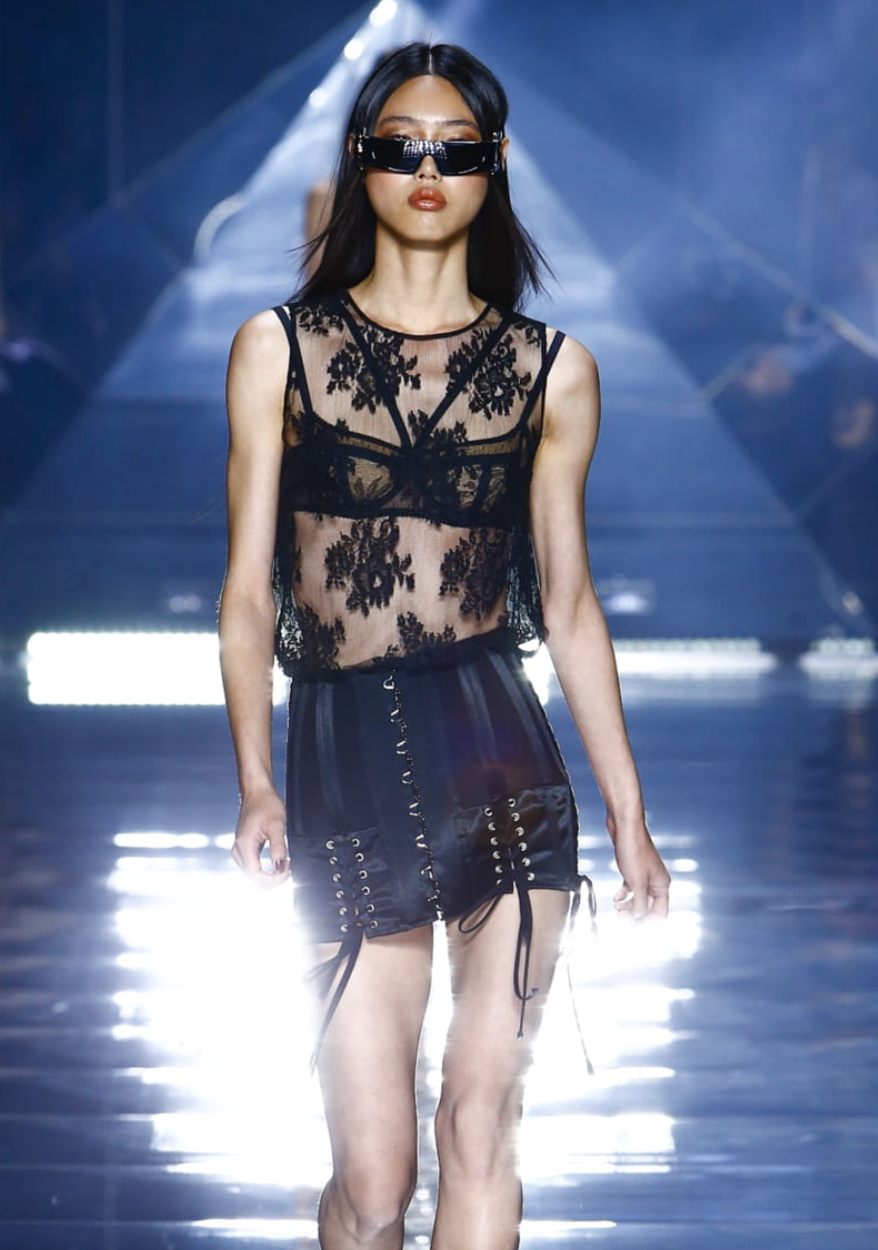 Keep an eye out for our soon-to-be released Fashion Month report where we wrap up all the trends across New York, London, Milan, and Paris!