We’re trying something new here in light of some fancy new tools we’ve added on here at StyleSage. In the world of retail, what is e-commerce without a promotion? No really, think about it. When was the last time you bought something online without at least looking to see if you could apply a coupon? It has become engrained in the digital shopping culture that full-price is not expected by consumers and retailers know it. Even outside of typical market-share events the competitive e-commerce landscape has operated on who can provide the better deal or the hottest product. So in an effort to keep a pulse on the market we are doing the work for you to see what the promotional landscape looks like in-the-minute to let you know who is selling what and when. 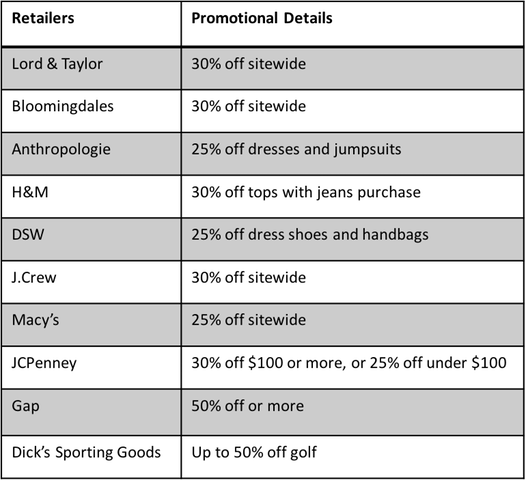 Who was on sale?

While it isn’t quite the Easter Holiday, this past weekend did see a flurry of activity from new launches to friends and family events. From the weather to assortment turnover, it seems like Spring fever is spreading quickly. Over the weekend, from April 7th through April 9th, the average promotional value was 37% amongst top-name retailers.

Some of the top values this weekend came from retailers, such as Lord & Taylor and Bloomingdales, running Friends and Family sales on both sale and full-price styles at 30% off. Some less promotion-heavy retailers also played in the sale game this weekend, including Anthropologie offering 25% off dresses and jumpsuits and H&M taking 30% off tops with a jeans purchase. 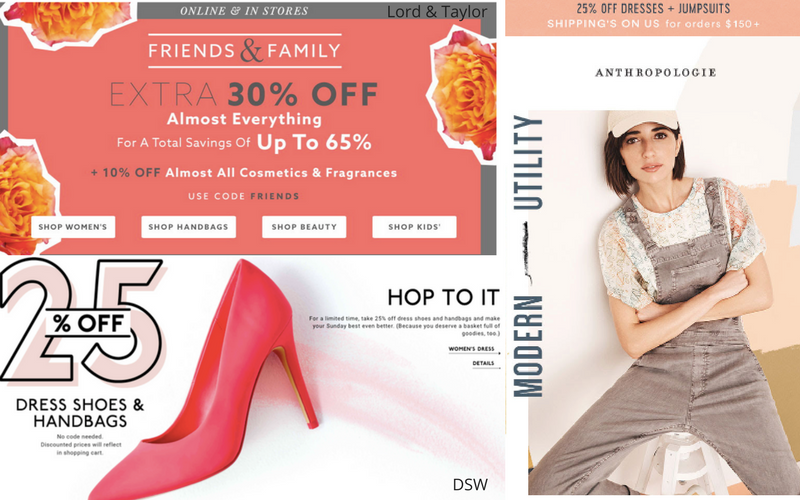 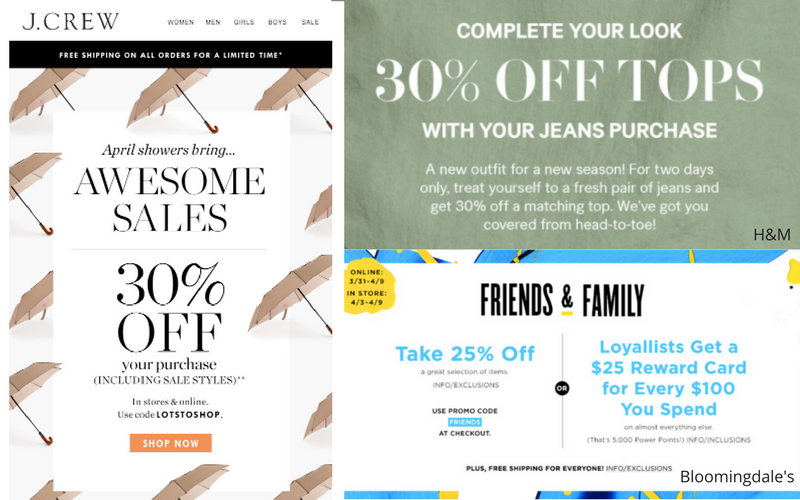 What products were actually moving this past weekend? Well it actually wasn’t anything that was technically on sale. For those living under the metaphorical fashion rock, something big happened this weekend at Target. While Target has been known to release collaborations with big name designers, this most recent has been one of the most buzzed about in a long time. Speaking from experience, I was one of the crazed shoppers thanking the fashion gods for the gift we called “Victoria Beckham for Target”. I had alarms set for 3:00, 5:00, and 8:00 Sunday morning (since they didn’t tell us when it would be released - tricky tricky). At 3:00 am (a guess since it was then technically Sunday on the West Coast), it wasn’t ready yet. At 5:00 am, bam - it was. With some sleepy fumbling, I quickly purchased the dress that I was coveting that I was so afraid would sell out first. At 8:00 am I checked out of curiosity and lo and behold, it had in fact sold out.

While the line is technically available at Target until April 30th, many pieces, like my dress, have already sold out. With over 200 products offered across women’s, plus, toddlers, and girls, and priced at $6-$70, the coveted runway designer made her designs more accessible - and it seems to have struck a chord. 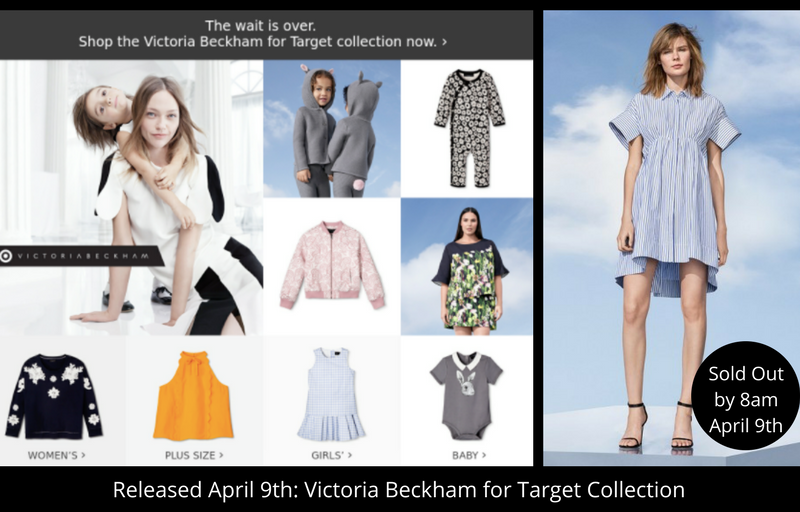 Next week we anticipate the Easter Bunny will be bringing us many deals in our basket that we don’t have to hunt for (don’t worry, I have a week to think of better puns). So, until then stay sharp shoppers, and we’ll make sure you are always on track with your promotions ;)