As we’ve spent the majority of the last year at home, it comes as no surprise that screen time has drastically increased 60% at its peak –for real, it’s frightening– and with that comes a skewed pipeline of inspiration. Alongside social media influencers, it’s safe to say that our favorite shows have evolved into style playbooks, too. That’s not to say they weren’t impactful before, but with social scenes, events and travel taking up less space on our social calendars, screens have risen to the occasion, per sé.

Judging from the Fall 2021 runways and styling cues already making themselves known as we begin to remerge into society this spring, it’s clear that fashion inspiration taken from streaming networks’ buzziest shows of the past year are the starlets of many brands’ and retailers’ assortments. 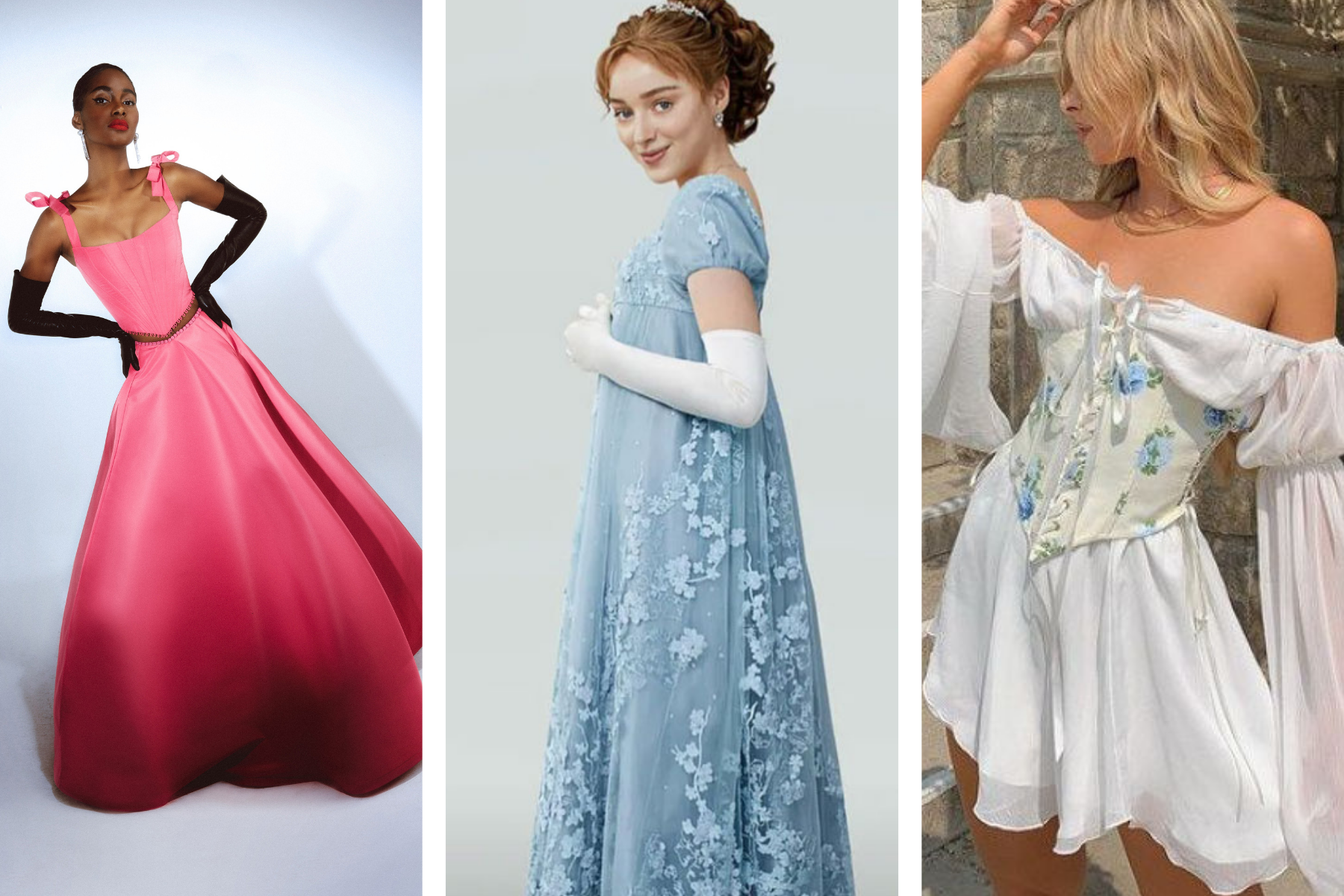 In late 2020, Bridgerton was basically all anyone could talk about –- and with good reason. A show produced by Shonda Rimes, filled with sultry scandal and punctuated by romantic, over-the-top fashion? It was undoubtedly a recipe for viral success that sparked what’s now known as Regencycore. This trend offers escapism and formality that many consumers have been longing for; plus, it’s an era of fashion that hasn’t been explored in quite some time and brings excitement back to the cycle. On the runways, take note of elbow-length gloves, ladylike tailoring and glam jewelry, in addition to corsets and statement sleeves, that are already hitting the market. You can check out our recent Trend Report on the detailings of the corset trend here. 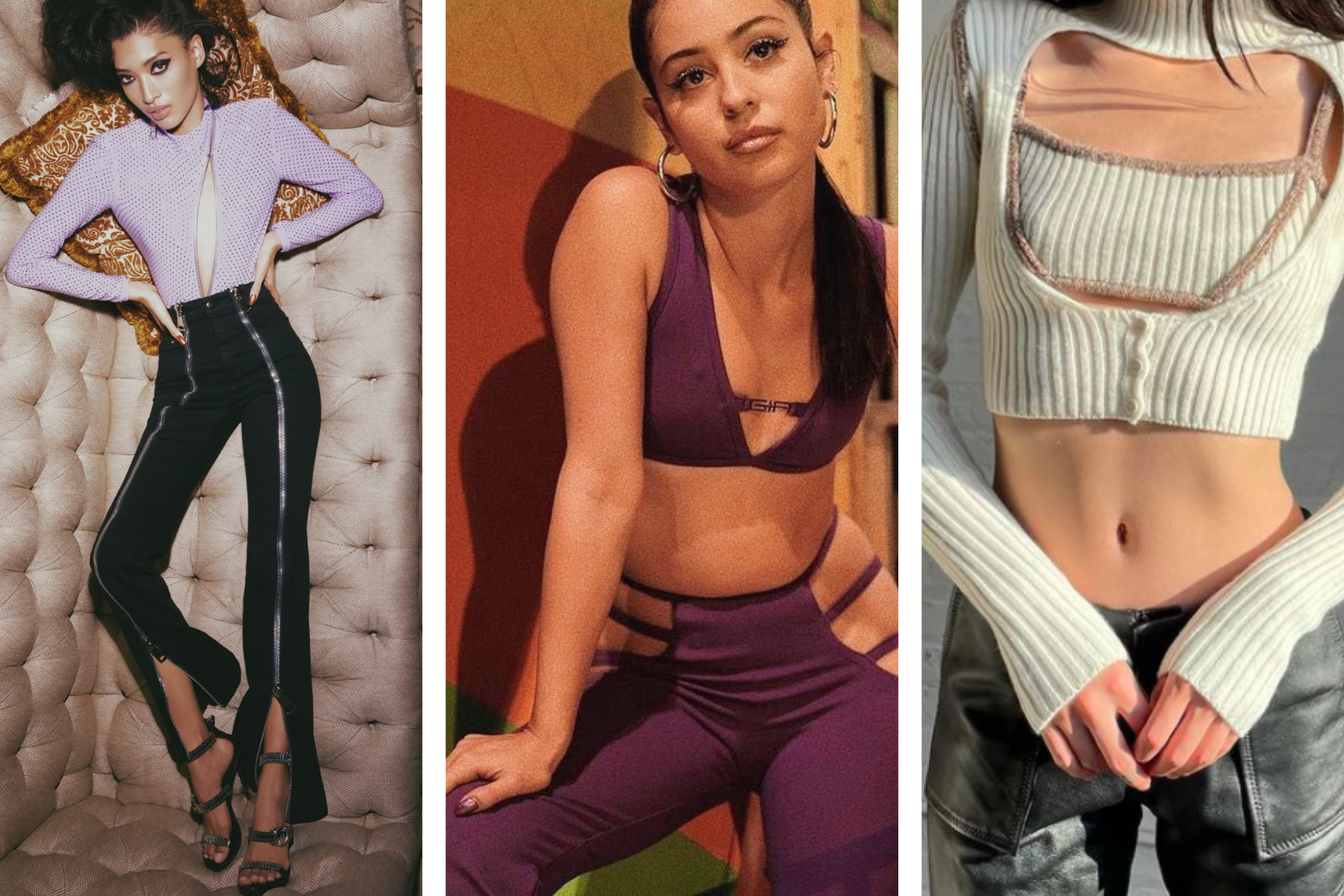 Although it initially aired in 2019, Euphoria was still all the buzz come early 2020 and launched a “special episode” during the winter of 2020. The drama episodic follows a group of “eccentric” teens, so it’s really a no-brainer that Gen-Z has been quick to adapt the silver-screen trends. Specifically, lavender, high-shine apparel and beauty, and sexy cut-outs are of interest to the younger set of consumers –– and as nightlife picks back up, they’re sure to stay around. With “going out” apparel making its way to the top of our shopping lists, retailers have ensured items with cut-outs have increased to 14% of introduced product within assortments versus 6% a year ago. 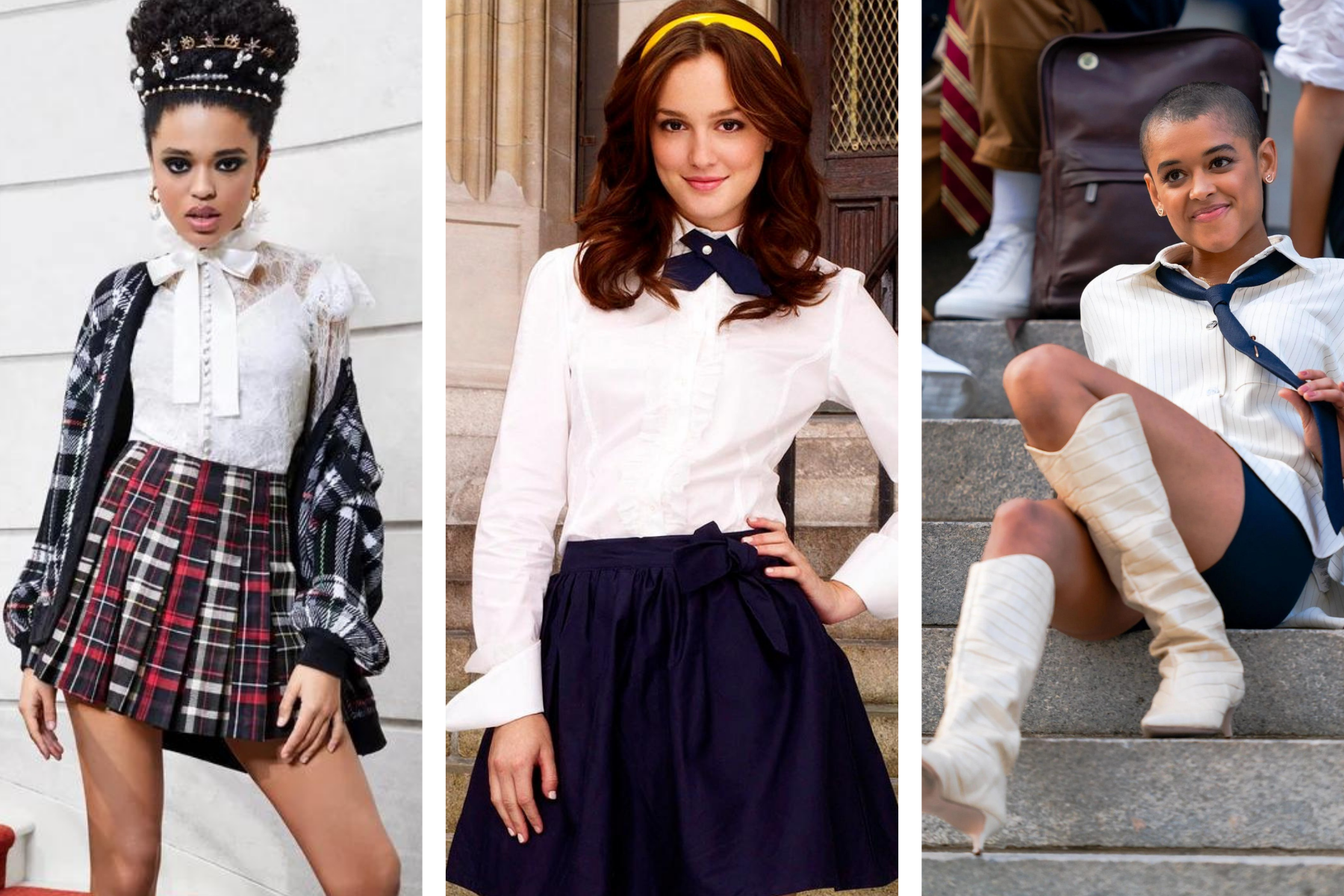 Gossip Girl has been around for over a decade, but with its recent reboot announcement, all eyes have turned to the Upper East Side once again. Channeling a classic prep aesthetic with a personalized twist per each character’s personal style, Gossip Girl offers an easily adaptable slant to the trend. With promotions of the new series beginning to launch, “cool girl” pieces are already making themselves known as upcoming staples. For instance, the viral image of actress Jordan Alexander in white crocodile boots caused a significant spike in searches for similar styles (subscribers can read more about it here) earlier this year. And it doesn’t stop there – this aesthetic has inspired designers like Alice + Olivia who centered their collection (that features pleated mini skirts, collared blouses, and a plethora of plaid) around the show as well as Coach and Philosophy di Lorenzo Serafini who showcased letterman jackets as key part of their collections. 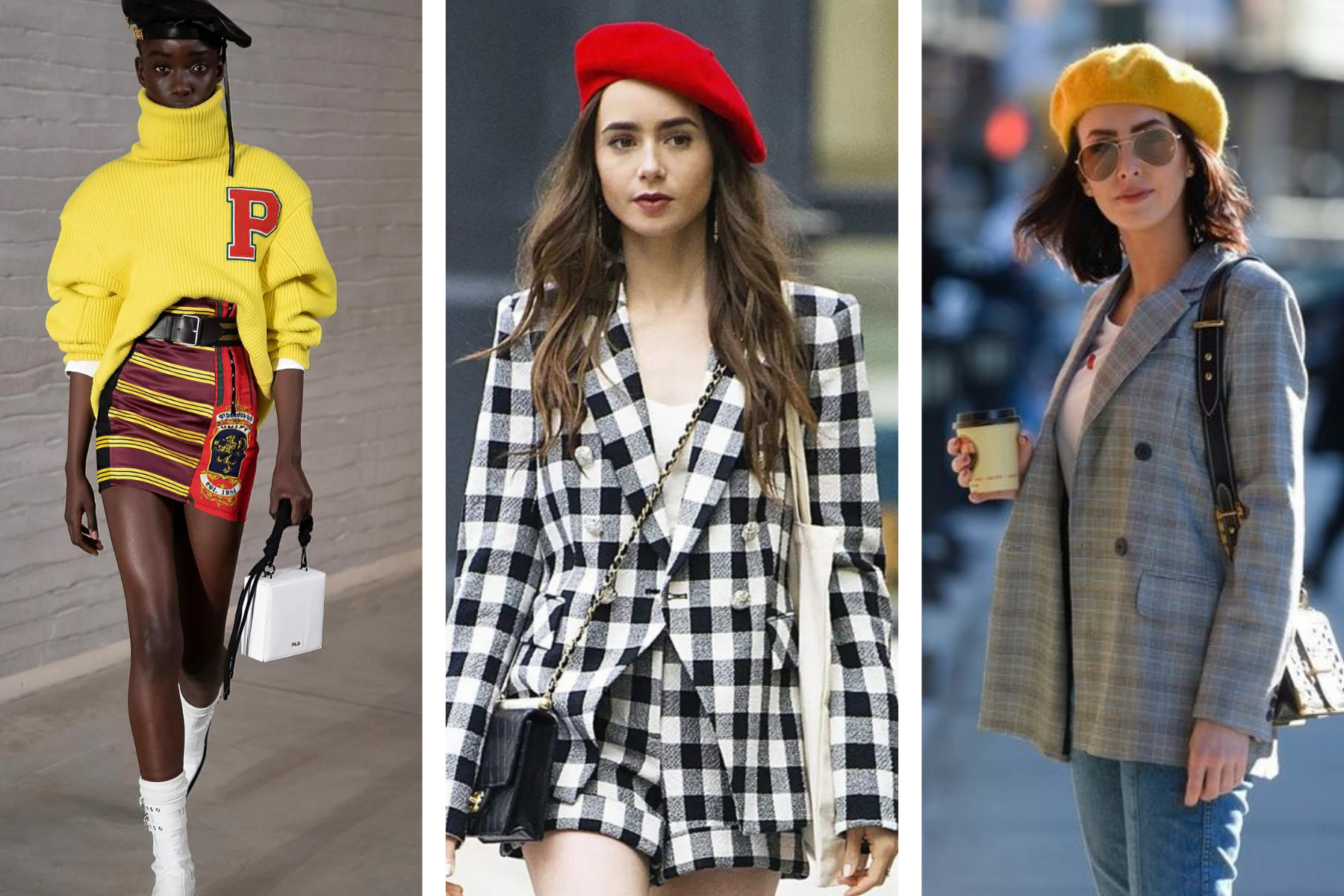 Love it or hate it, Emily in Paris was one-to-watch this year, both for laughable entertainment and some pretty bold styling cues. The main character Emily, played by Lily Collins, is an American sent to Paris for a new job, and, well, it’s said her style is supposed to be “intentionally cliché” and we can’t argue with that. Missing the mark on effortlessly Parisian, Emily evokes a fun-spirited approach to outfitting with punchy hues, tweed skirt suits, and, of course, iconic berets. In fact, berets reached a 34% sell-out rate in February of 2021 and were seen on the runways of Brunello Cucinelli, Emporio Armani, Philosophy di Lorenzo Serafini, and Vivienne Westwood. 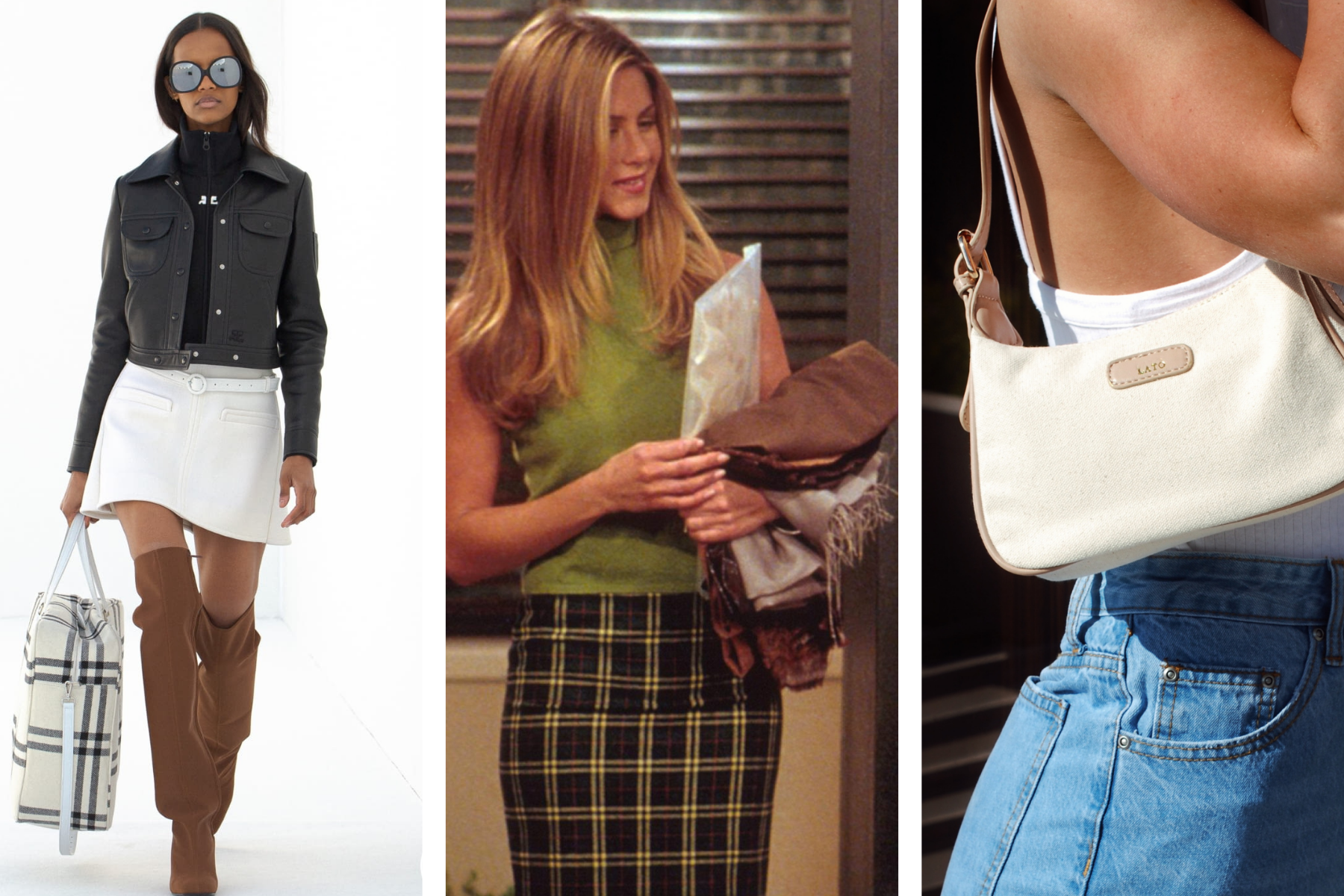 Friends is a tried-and-true classic and so is 90s-style minimalism. Based in New York City, this cult comedy’s most notable fashion icon is Rachel Green; albeit a “fashion girl”, her style is equally covetable as it is achievable. At the crossroads of preppy, sexy and minimal, she’s known for touting easy knits, mini skirts and casual-cool denim. Plus, Jennifer Aniston’s hair for the show is one of the most asked about styles still today. Take a look on Instagram and you’ll be able to spot slim-fit turtlenecks, shoulder bags and slip dresses at every scroll. StyleSage clients can discover the need-to-know details for the baguette bag, claw clips, ribbed tank and more Rachel Green-approved trends.

Other posts by Kendall Becker