Fashion month: New York, London, Milan, Paris - phew, we’re done, right? Not exactly. Fashion week is not a week - it's a world tour where we can't forget Tokyo, Moscow, and Sao Paulo amongst others. While the “Big Four” have dominated the fashion scene since the late 20th century, haute couture is not exclusive to just these fashion powerhouses. As I was watching one of my favorite shows on the topic of fashion, “States of Undress” on the Vice channel, I was reminded of this quandary in the fashion industry. In this show, Miu Miu Model Hailey Gates researches local ideas of dress and costume (not a plug, just spreading the wealth of my fine television tastes). Through her travels she shows that the runway extends around the world as she attends Fashion Weeks in Palestine, the Congo, and Moscow. As a so called fashion nerd, this made me wonder - what place do these smaller, seemingly no-name fashion weeks have in the greater fashion world? 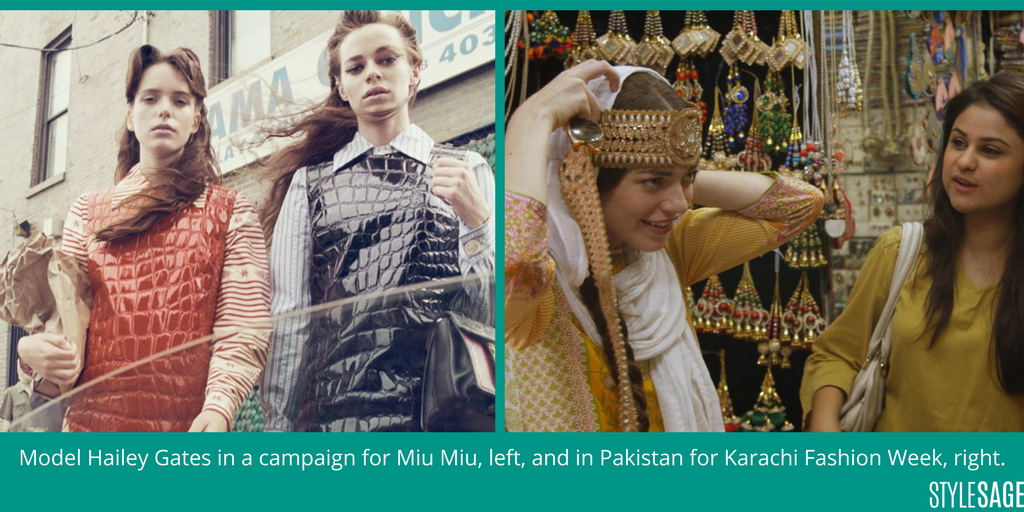 To answer this question, I went back to my academia days. One of the first things I learned when I went to graduate school at Parsons here in New York City is that there is a difference between “Fashion” and “fashion”. Fashion with a capital “F” refers to the high-end designers and couture we associate with Chanel and Gucci - what we expect when we think of the runway and Fashion Week. On the other hand, you have “fashion” that brings out your inner social scientist who looks at the cultural significance behind design (like why I have to settle for camo when I go back home to farmland Pennsylvania). These local fashion weeks provide a fascinating intersection between fashion and Fashion - the heart and soul of a culture expressed through design. While the likes of Paris and New York may be the nexus for top fashion talent, often times these ideas and designers started elsewhere and started small. In looking at these second-tier, off-the-radar fashion weeks we can see see the next hot designers and trends closest to the cultures themselves. So, what interesting designs happened this year at fashion weeks around the world that we might have missed while we were busy looking at Paris? While I can’t hop on a plane and look fabulous with my TV crew like Hailey Gates to conduct research, I can sit behind my MacBook and google for you to find out. 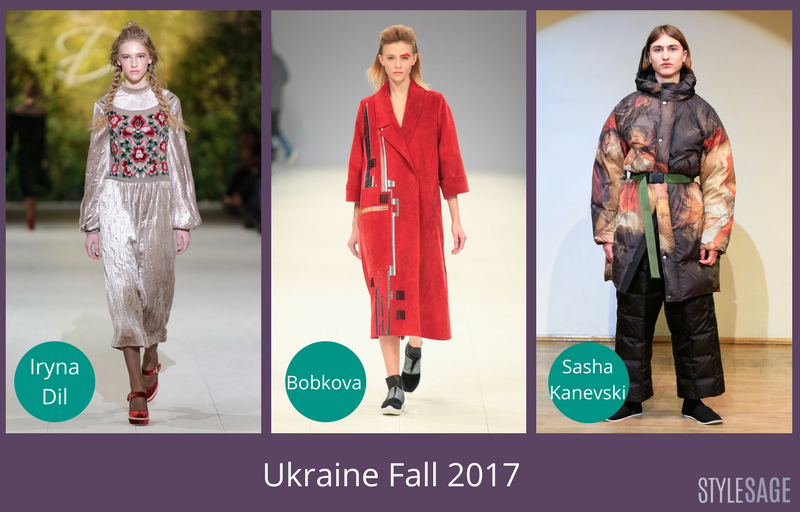 Ukraine’s Fashion Week held at the capital of Kiev provides an interesting perspective on the fashion of the “New East”. Shown above, Iryna Dil brought in motifs of traditional Ukrainian dress. Bobkova, center, cited Soviet-era influences of the 80’s and 90’s and Sasha Kanevski draws inspiration from contemporary Ukrainian youth. 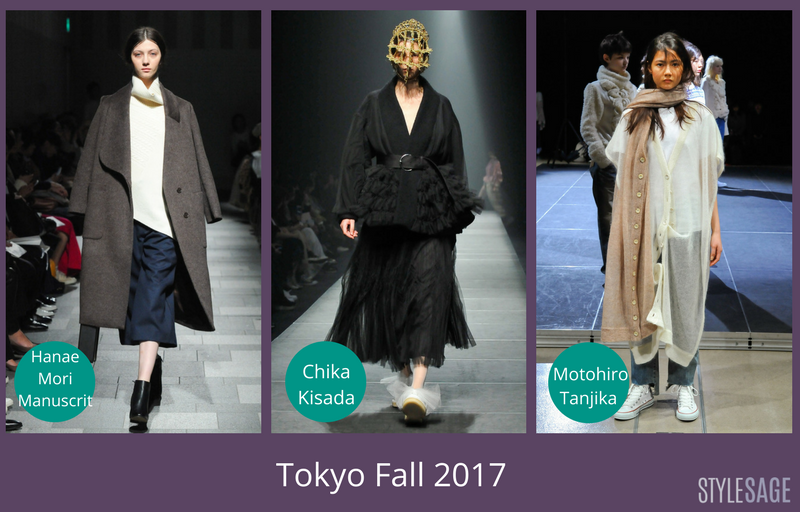 Japan has brought us the iconic fashion names such as Rei Kawakubo and Issey Miyake, so we should really be paying attention here. At Amazon Fashion Week Tokyo we see the notable Hanae Mori Manuscrit label, seen left. Chika Kisada, center, showed her dance-inspired designs at Tokyo for the first time this season. Motohiro Tanji, left, focused on sculpture and texture in his hybrid show “Reflected in the Water”. 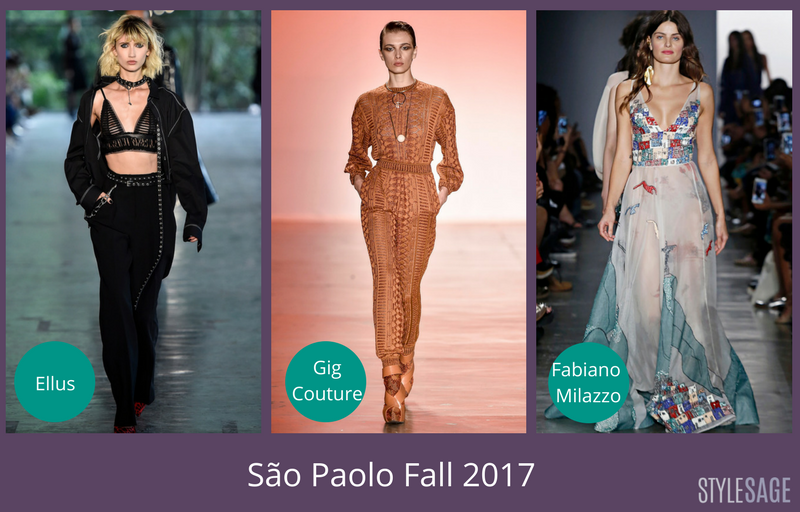 Brazil also held fashion week in Sao Paolo, amidst a recession and heavy budget cuts to the event. Although brands like Ellus and Gus Couture had supply delays before, they were still able to show, as evident in the designs far left and center respectively. The nods to Brazilian culture were still apparent, though, throughout the runway. If you look closely, for example, at Fabiana Milazzo’s design you can see the iconic Christ the Redeemer statue from Rio as part of the dress’s design.

While we may not get to see all of the shows or know who the designers are, the second-tier global fashion weeks are key in driving creativity in the industry and giving new talent a springboard - no matter what the location. Across factors of time and resources, the connection of these fashion shows to greater society is more difficult. It isn't a question that designing and showing at places like London and Paris can have astronomical costs - of which fledgling designers from a small Eastern European town might not have. But in looking more closely we see the important juxtaposition of the aspirational and the global local that sometimes can be more fascinating to witness than the Chanel and Dior of our conditioned catwalk minds. So just as a reminder that fashion and Fashion can coexist harmoniously, here are a few more global examples for your viewing pleasure that you might have missed while New York distracted you. 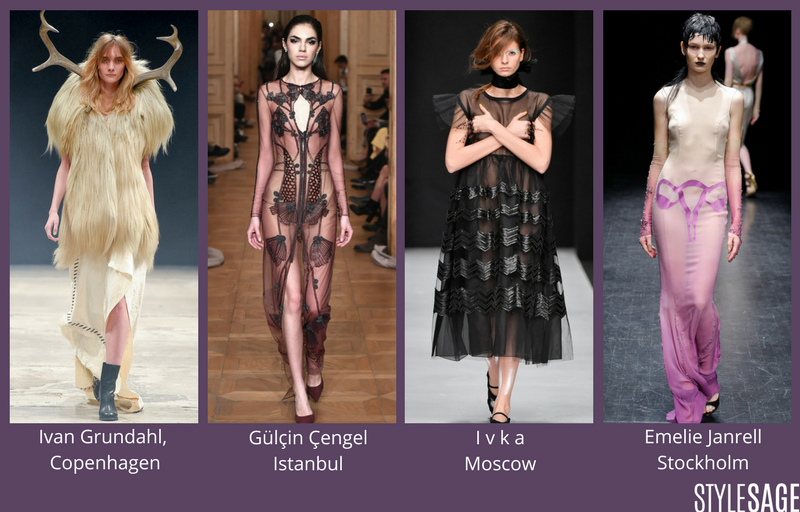 Four Stats on the Activewear Business

What Are Shoppers Searching For? We've Got Answers

A Uniqlo Case Study: Delivering Best-in-Class Basics for the Masses

Zara Enters a New Category: The State of Intimates