How do you handle an angry mob armed with stylish dresses and iPhones? Fuming fans took to social media last year to express their outrage at Walmart’s acquisition of Modcloth, and the company’s Facebook page could be seen plastered with irate and sarcastic comments from shoppers near and far.

It’s been said that there are fewer pains worse than heartbreak, but nothing can compare to the breakup between a consumer and her favorite brand. To the loyal Modcloth shopper, one who had been won over by quirky and size-inclusive designs, the sale to a corporate monolith like Walmart didn’t make sense. 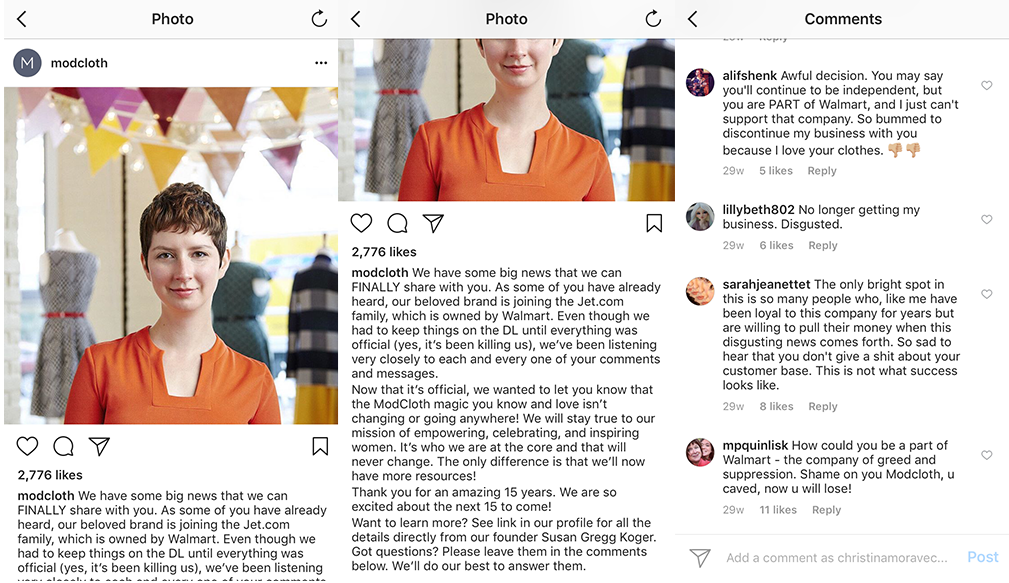 Facing that perceived cultural divide head-on, Modcloth responded, letting its loyal customers know that its commitment to its customer and core values would remain intact. Still, we took to the data to find out whether anything has changed at Modcloth since its acquisition. Take a look: 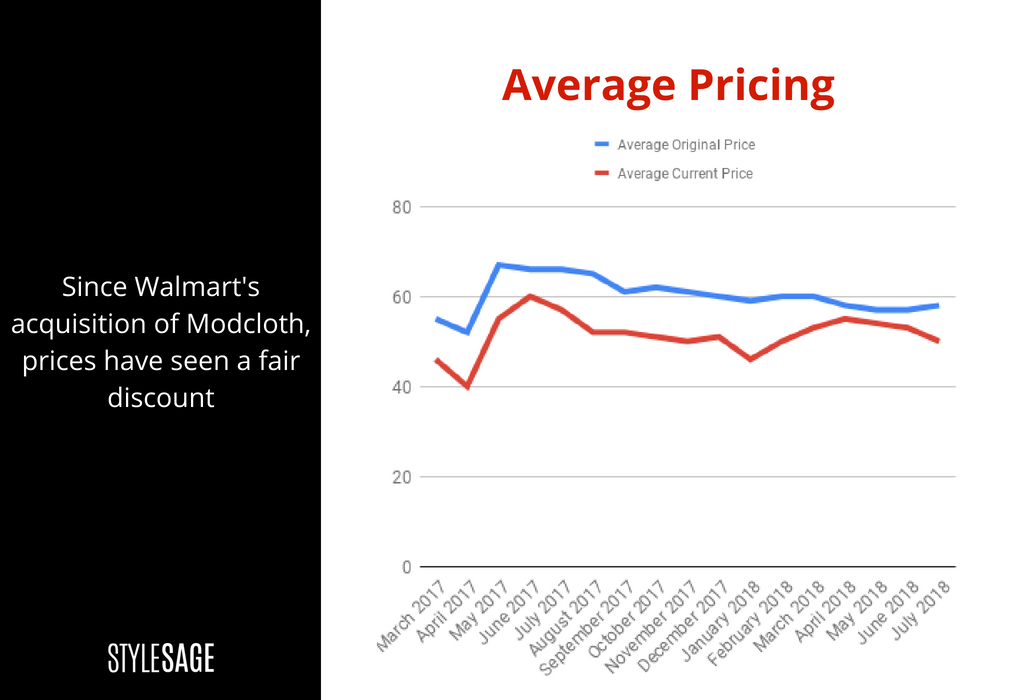 Walmart is known for its “everyday low prices,” much of which Modcloth’s customers are seemingly benefiting from, as you can see above. Original asking prices have decreased an average of 9% over the last year and change. Now that’s a perk you can’t troll!

Modcloth may have been in rough waters, but CEO Anthony Nieves can admit the company is pulling back from its initial drop by refocusing the brand. With a strong strong sense of its customer base and an engaged community, the company has kept up brand loyalty by maintaining what it’s always offered - quirky cute clothing for all shapes and sizes.