This week, sporting good giant, Dick's, reported their Q4 results. (And as we all know, it's not the first time they've been in the news of late.)

How was their holiday season? Well, it could have been better. Put it like this, they thought they were going to receive no gifts, but instead, they got a lump of coal. But all joking aside, the retailer reported earnings higher than anticipated, but revenues and same-store sales lower than analysts had predicted.

One of the challenges Dick's - and everyone else in retail - is facing is pressure from Amazon. For Dick's, it comes as brands like Nike choose to invest in their relationship with Amazon and sell more products directly through them. The data below shows you just to what extent Nike's assortment dwarves that of Dick's, and in conjunction, how Nike's assortment at Dick's has been on a declining trend. 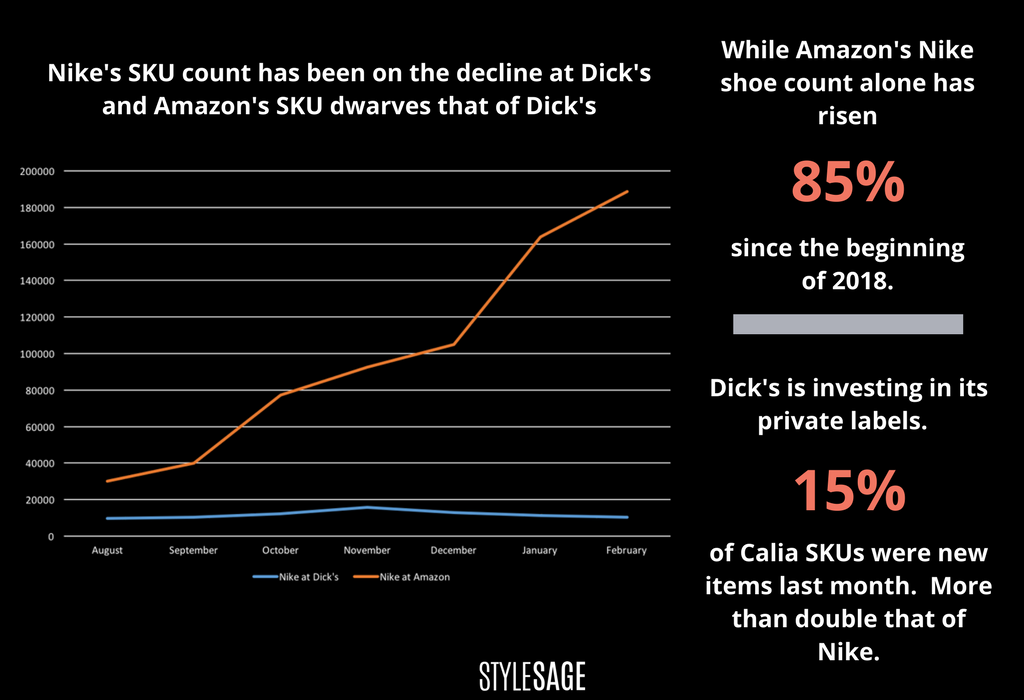 Of course, one of the ways to counter Amazon is through a great brick-and-mortar experience, which Dick's has said they will be continuing to invest in throughout 2018, but they can also differentiate via private labels. Dick's has several in their portfolio including: Calia by Carrie Underwood, Field and Stream, and Second Skin. These labels are important, as one of the silver linings in their earnings announcement was decreased pressure on their margins. They're placing their bets that with greater efforts in private labels - where margins tend to be higher - they can be more competitive against Amazon.

Interested in seeing more retail headlines through a data lens? Check out all our Truth By Numbers features here.