VF Corporation’s recent decision to part ways with its Lee and Wrangler brands highlights the fact that we’re in an era where jeans are no longer the first choice for casual wear. Consumers are choosing comfort and functionality, stocking their closets with more versatile activewear.

The denim brands will spin off into independent public companies following the exit, as VF channels its focus into remaining brands like The North Face and Vans. Overall, denim’s current identity remains in limbo, but is it worth a complete exit? Let's take a closer look at the data: 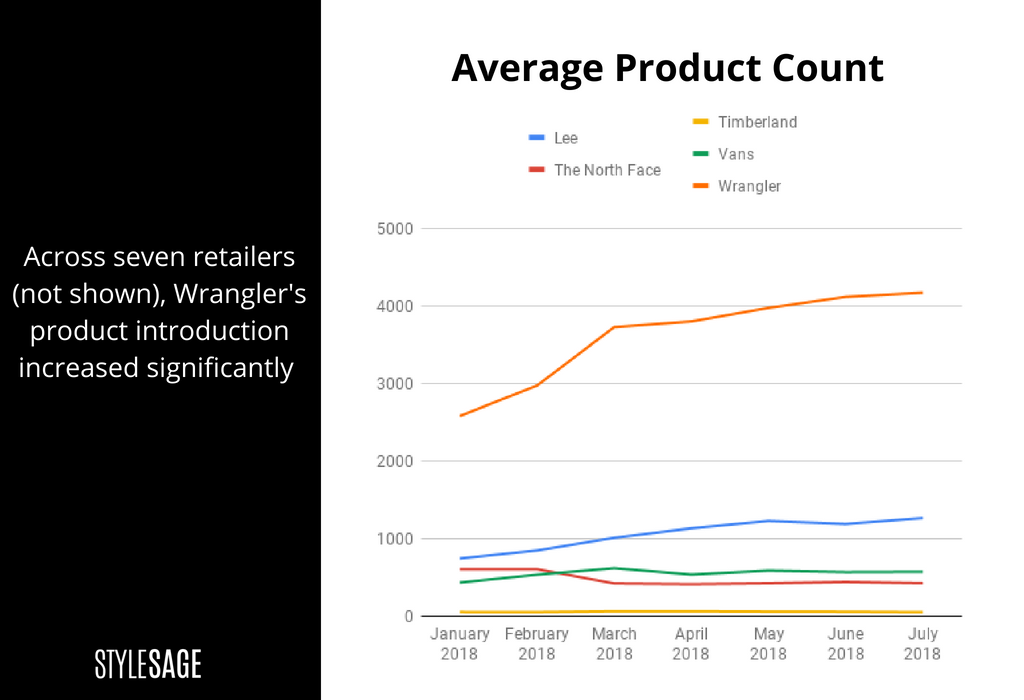 According to market research firm Euromonitor, jean sales in the US fell from $18.8 billion in 2013 to $16.2 billion in 2017. Despite the $2.4 billion decline, our data shows that Lee Jeans and Wrangler have maintained a steady introduction of SKUs amongst retailers like Sears, Kohl's, Walmart, Target, JCPenney’s, Dillard’s and Macy’s. 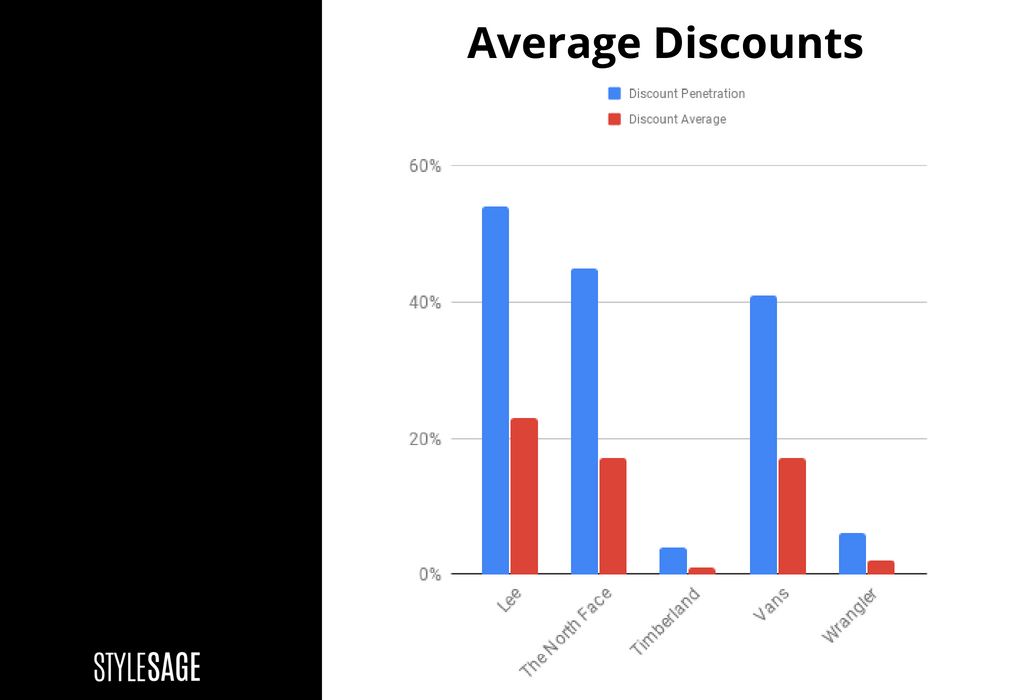 In comparison, even more (over 88%) of Wrangler’s assortment was discounted across department store retailers at an average of 35% between Macy’s and JCPenney. Yet, the denim brand maintains a low discount average across all six retailers due to the thousands of Wrangler products carried at Walmart (which rather than taking discounts maintains an everyday low pricing strategy).

So it all begs the question, was it an actual issue with the denim business, or their trading partners who rely heavily upon discounting? We say that because, in comparison, Levi’s tells a similar story. Their discount penetration was above 80% with an average discount of 31%.

If we are to tie everything together, we would say that the Lee and Wrangler brands probably were suffering some of the effects of aging, and without a significant investment in re-branding and market re-positioning (which relies heavily on the channels of distribution), they were a risk to the greater VF portfolio.

Like what you see here? Check out all our Truth by Numbers features here.