Mmm Beau Brummell. If I could bring back any fine gentleman from history for a date, it would probably be him. Who is he you might ask? Well, let’s go back to fashion history class once again.

In looking at the differences between men’s and women’s fashion, women were not always at the forefront of fashion. In fact, prior to the 19th century, men in the Western world had the greatest play with frills and adornment with their dress and beauty regimes (think of the powdered wigs and pastel silk jackets reminiscent of the Parisian court). But at the turn of the 19th century, Beau Brummell, a friend of London high society and King George IV, introduced the subcultural style and anti-fashion known as “dandyism”. The dandy was one of the first acts of modern subversive dress - using costume to signal rejections or dissatisfactions with the social or cultural climate of the time. In this instance, the male dandy used costume to speak to the differences between the middle and upper class and adapted to sober, muted styles that were traditionally worn in sporting and country wear. These shifts in male dress revolutionized the relationship of men to fashion, leading to the modern day suit and tailored pieces so familiar with a “gentleman’s” style. 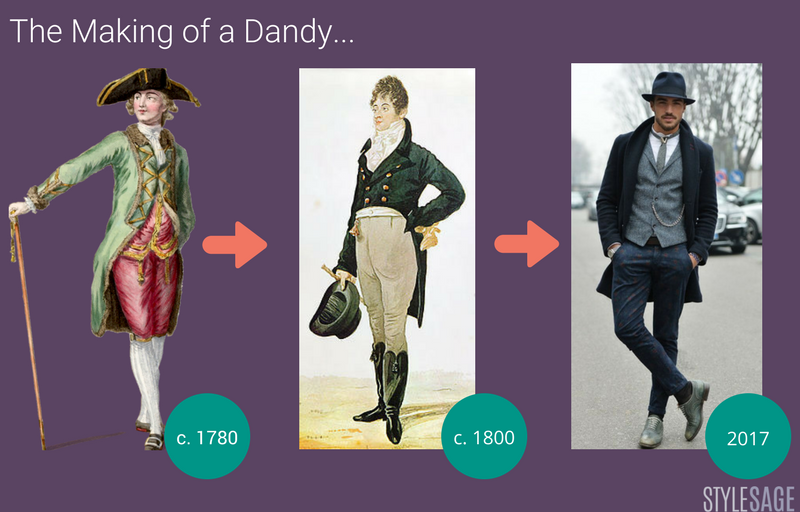 The origins of dandyism rejected the ostentatious style of the late 18th century and focused on clean-cut tailoring, attention to hygiene, and practical fabrics like wool as opposed to satin and silks. Brummell would bathe daily (yes, not common at the time) and apparently shine his shoes with champagne (not sure about this one) in a five-hour process to appear naturally indifferent albeit impeccable. But he was anything but boring in appearance. Image was everything for the dandy who was known for his narcissism, preoccupation with self, and celebrity. They were the 18th century version of “cool”. Brummell, for example, didn’t come from an aristocratic background and was essentially famous for his lifestyle, fashion, and the friends that he kept. Sound familiar? If anything this is reminiscent of the modern day influencer.

Today’s influencer often comes from humble beginnings - famous for being famous. Their unique style and aspirational lifestyle are a curiosity to viewers who follow them on Instagram, snapchat, and twitter. But much like the fashionable world in which they surround themselves in, the space is predominately held by women. Interestingly, the men that find success as influencers often adapt the style and attitude of their British style forefather, Beau Brummell. These modern day “dandies” embrace the silhouette of the suit, a sharp haircut and groomed facial hair, and the “I-woke-up-like-this” attitude (when you know they didn’t). 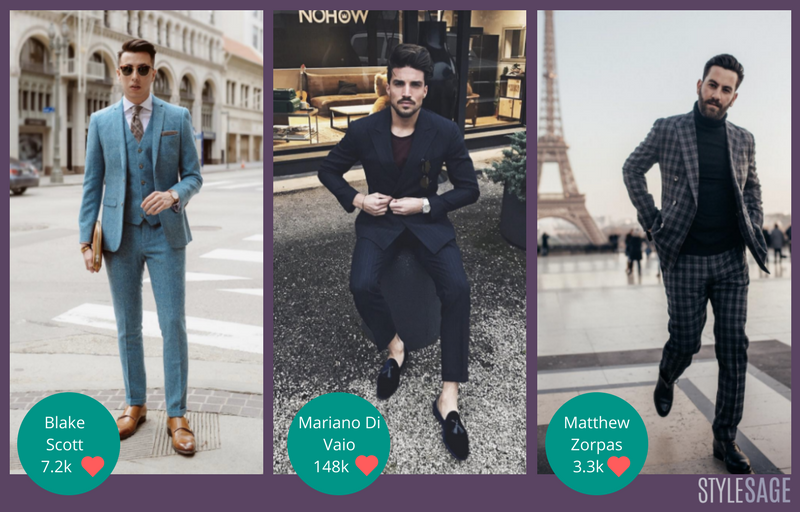 Much like Brummell, these influencers embrace the dandy expression of masculinity. They show attention to stylistic details without coming off as effeminate. They show elements of narcissism while being lauded for it. Most importantly though, they drive the position of men in the space of fashion - just like Brummell. The dandies, both 18th century British and the modern influencers, defined a pivotal shift in dress that impacted the course of male fashion and that we are still seeing in the trend drivers today. Therefore, we can’t be quick to diminish the significance of these trends in the greater fashion space. While we may be enamored by female fashion influencers (and for good reason), there are a few good men making strides in style which could be just as impactful of some of the players before.

So next time you see a fine man in a suit on the subway, think of what could have been. If it wasn’t for Brummell bucking the trends and making the middle-class “cool” again, we might have been stuck riding the 3 train with powdered wigs and pantaloons. Thank you, Beau!